The Dryden Theatre serves primarily as our museum’s venerable exhibition gallery for screening motion pictures that represent the entire history of the medium, from the Lumière brothers to Pixar. Since the Dryden’s opening in 1951, our museum has regarded each of its more than 16,000 screenings as a “cinematic event.” Few film theaters of its kind remain.

Several special elements contribute to the uniqueness of the Dryden and what we call a cinematic event, something beyond what is offered in multiplexes or even conventional art houses. Each element is an integral part of our mission and deserves a brief explanation.

The first element is expert selection by our curator of film exhibitions, Jurij Meden. Through his more than fifteen years of experience, Jurij has curated and presented film programs around the world, served as a jury member at numerous film festivals, and written or co-written more than 250 published essays. Jurij is equally passionate about programming for kids, university students, adults, and seniors.

When I asked his approach to selecting films, Jurij responded that he had “always been guided by at least three primary principles and beliefs:

The second special element is our respect for how the motion picture was created and viewed in its original release. The Dryden shows films in their original medium and format—whether 35mm or 16mm, video or digital. We take great pains in finding the very best prints available. We select from among the 28,000 films in our collection, as well as titles borrowed from fellow institutions affiliated with the International Federation of Film Archives (FIAF), commercial studios, and private collectors. There are a precious few theaters—none in our region—that still uphold this standard. 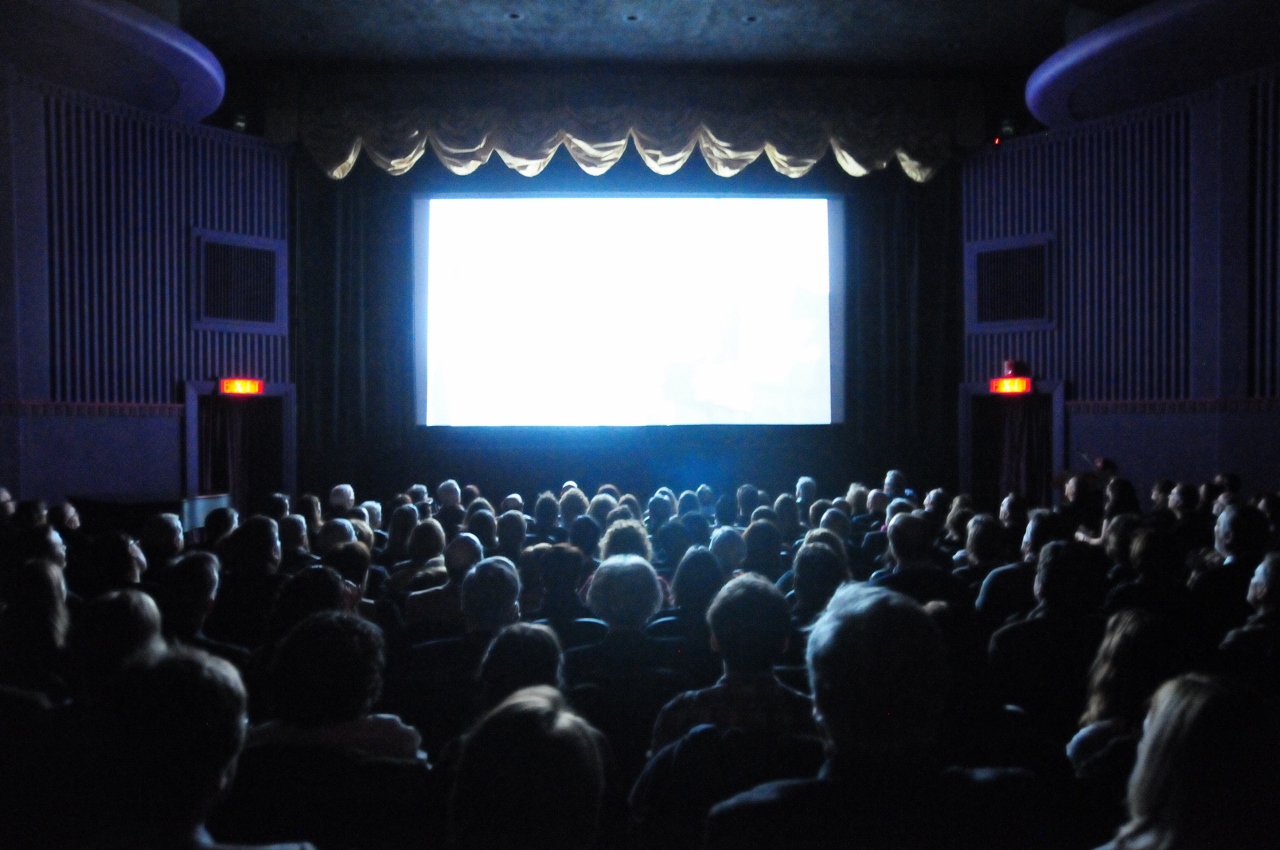 The third element is the quality of projection on a large screen. For young viewers born in the digital age and accustomed to watching motion pictures on their computer or tablet, the theatrical experience can be a true eye-opener, a catalyst of discovery and captivating enjoyment. Film projection is a specialized skill, requiring careful execution in working with a delicate medium and a special apparatus. We introduce the projectionistat every show, and explain what equipment will be used to exhibit the film. The projectionist’s activity takes place within a complex architecture that merges interior design with media engineering—a screen, a projection booth, loudspeakers, a carefully designed floor plan. The harmony among these components is required to achieve the viewer’s full immersion in the cinematic world.

For me, watching a motion picture on television is a pale simulacrum of the immersive experience at the Dryden. I recently attended our screening of Peter Greenaway’s Prospero’s Books, one of the most gorgeous films ever; watching it on television would be a waste.

Storytelling, interpretation, and contextualization make up the final element in the Dryden’s magic formula. Our curatorial staff and docents are keen to provide some of the history behind the motion picture, explain why it matters as part of our visual culture, place it in some context, and perhaps offer some interpretation. They do so with an informed but accessible, jargon-free language.

When you are considering how to spend your evening, remember that—despite all our efforts behind each cinematic event at the Dryden—you just need to come as you are and be our guests. You should regard Jurij and Malin Kan, our new theater manager, as your welcoming hosts. Their goal is to make every motion picture a rewarding occasion in itself. Like all good hosts, they care about the quality of the menu and would like you to come back again, perhaps for a more adventurous offering. We hope the Dryden becomes a place of your own, the best “home theater” you can imagine.

Photo Credits: Taryn Simon (American, b. 1975). Detail of Switzerland from Field Guide to Birds of the West Indies, 2014. © Taryn Simon