May and June were particularly eventful for George Eastman House, as we celebrated creativity and its preservation and, in turn, received honors for leadership and contribution in preservation efforts. 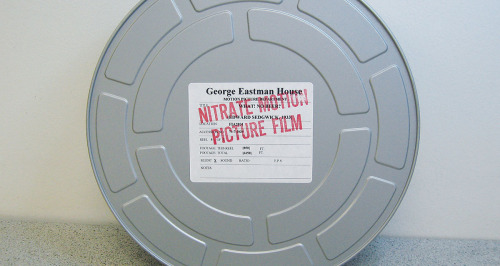 Since its founding, our museum has collected and preserved motion pictures on nitrate film stock. Because it is highly flammable, projecting nitrate film is prohibited everywhere except a handful of specialized venues. The Dryden Theatre is the only venue in the United States that screens nitrate films as part of its regular program. Because of its fragility, most nitrate film can only be used for preservation, but some prints retain most of their original radiance and can still be projected on the big screen.

The Nitrate Picture Show—a festival of film conservation—celebrated the triumph of efforts to preserve nitrate prints. Film lovers from seventeen countries, including Australia and Japan, came to view exquisite nitrate prints of ten feature films and learn about nitrate from renowned experts. If you missed this year’s festival—or if you can’t wait for more—save the date and join us for the second Nitrate Picture Show, April 28–May 1, 2016. 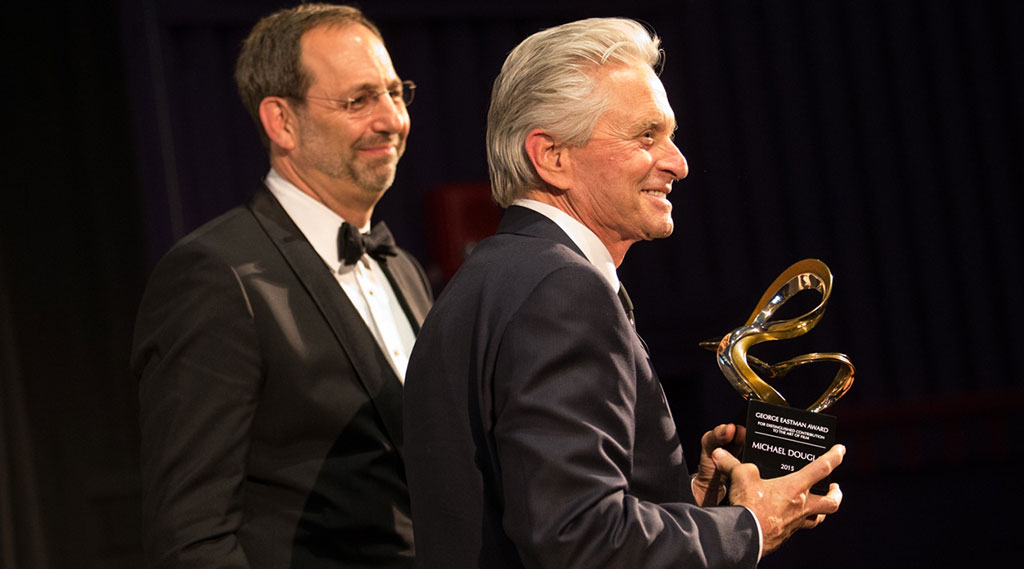 We presented Academy Award–winning producer and actor Michael Douglas with the 69th George Eastman Award at a ceremony in the Dryden followed by a gala reception in the museum and mansion. The George Eastman Award for distinguished contribution to the art of film, established in 1955, further emphasizes our mission of film preservation. The pantheon of Hollywood greats who have received the award includes Fred Astaire, Frank Capra, Gary Cooper, Cecil B. DeMille, Greta Garbo, Lillian Gish, Audrey Hepburn, Gregory Peck, Martin Scorsese, and Meryl Streep.

The Garden Club of America held its 2015 annual meeting in Rochester, and more than 700 members from around the country enjoyed a reception and dinner at George Eastman House. Guests toured the historic mansion and gardens and viewed In the Garden, an exhibition which explores the cultivated landscape through the works of more than 75 photographers.

The following evening, the Garden Club of America presented our museum with the Historic Preservation Medal for outstanding work in the field of preservation or restoration of historic gardens or buildings of national importance. We are grateful forthe nomination by the Rochester Garden Club. Past recipients of the honor include individuals and organizations working to preserve the Biltmore Estate, Monticello, Mount Vernon, and New York’s Central Park.

The American Society of Mechanical Engineers designated the technology collection of George Eastman House as a Historical Mechanical Engineering Landmark for its significance as the world’s largest collection of photographic and cinematographic technology. Previous recipients of this designation include the Model T, Howard Hughes Flying Boat, Disneyland Monorail System, Apollo Space Command Module, and Apollo Space Suit. A reception was held at the museum to mark this official designation.

Preserving our world-class collections and landmark estate is paramount to our museum’s mission, and we are grateful to all who support these efforts.