During more than three decades in Congress, Representative Louise Slaughter (1929–2018) championed the arts. In 2006, the George Eastman Museum presented her with the Medal of Honor in recognition of meritorious service to the advancement of the principles embodied by George Eastman. 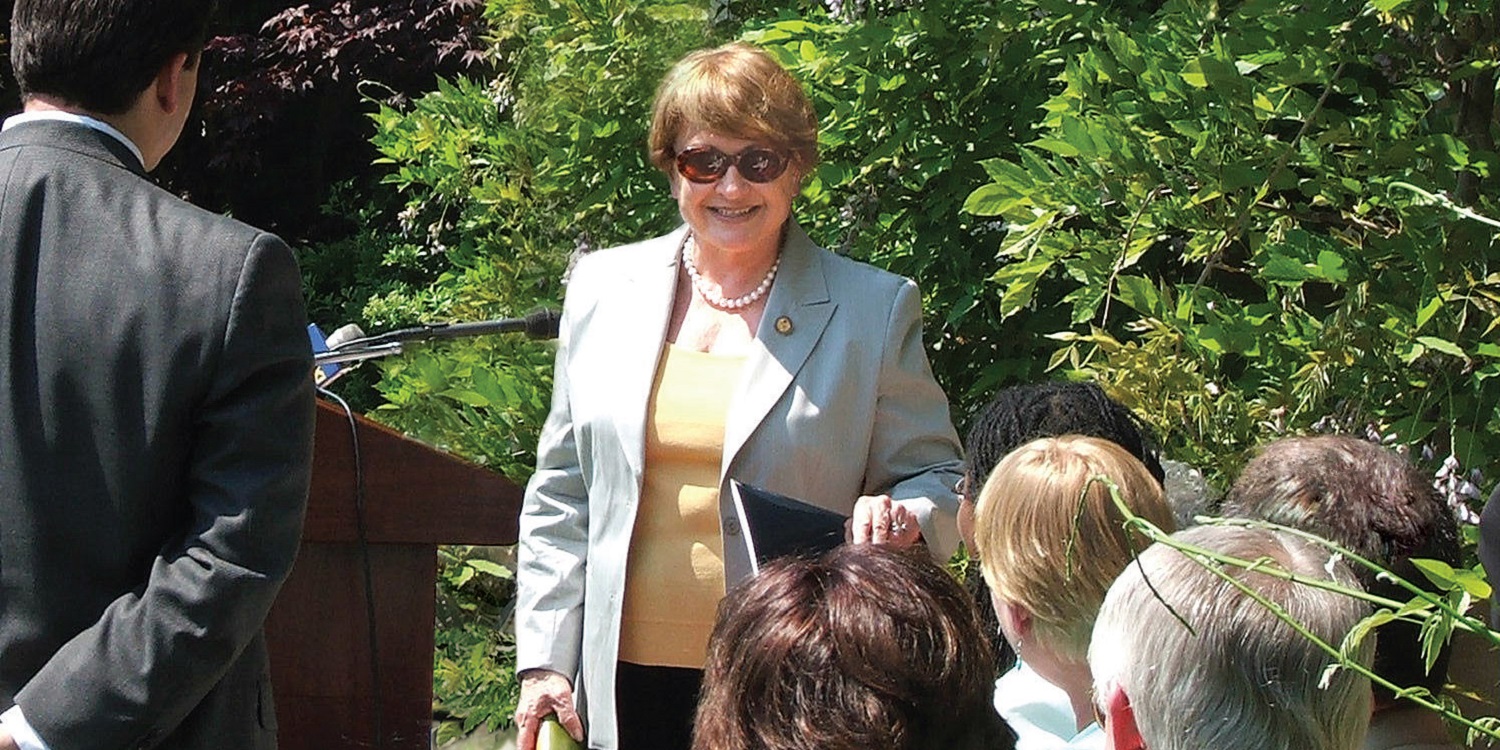 In 1997, she re-established the bipartisan Congressional Arts Caucus, after the new Republican majority had disestablished its predecessor in 1995. She remained co-chair of this caucus until she passed away. She was always joined by a Republican co-chair, so that it was a bipartisan effort, but her co-chairs routinely deferred to her, even when the Republican Party held the majority in the House of Representatives. The present Republican Co-Chair is Rep. Leonard Lance of New Jersey. There are currently 160 representatives who are members of the Congressional Arts Caucus.

In March 2005, Rochester’s Neighborhood of the Arts was given a boost when Rep. Slaughter secured $2 million in federal funds to reconstruct University Avenue from Goodman Street to Union Street— which included all of the frontage of the Memorial Art Gallery. The project included an extension of ArtWalk to reach the School of the Arts and Visual Studies Workshop.

In July 2005, Rep. Slaughter introduced a house resolution to designate a Year of the Museum. Speaking from the floor of the House in February 2006, in support of this resolution, she said: "I’m sure there is not a person among us who does not have a cherished memory of a visit to a museum. Museums are unique places in our communities. They come in every variety and size. Their collections and the ideas they share cover the broad spectrum of human endeavors—science, history, nature, and art. There is a museum to satisfy and pique the interests of every one of us. Museums are public forums. They provide an environment rich with opportunity for intergenerational learning and sharing among children, parents, and grandparents. Museum visitors can come to know the struggles and accomplishments of different cultures and achieve a deeper understanding of their own family’s, community’s, and country’s history. But most importantly, museums are fun places to visit."

Rep. Slaughter was widely recognized as the go-to person for the arts in the House. Other representatives and their staff knew that if they had a question about the arts, her office either had the answer or could get one.

Each year, she hosted Arts Advocacy Day, a multi-organization event that is coordinated logistically by Americans for the Arts.

On the several occasions when I met Rep. Slaughter, she was effusive in her praise for and love of the George Eastman Museum. She treasured the museum’s place in Rochester’s culture and history. She also recognized that the Eastman Museum is an institution of global standing, with world‑class collections in the fields of photography and cinema. We are grateful for her decades of support.

Some recent federal budgets have proposed the elimination of the Institute of Museum and Library Services, the National Endowment for the Arts, and the National Endowment for the Humanities—each of which has provided substantial support for projects at the George Eastman Museum. It is imperative that the museum’s supporters, regardless of their political affiliation, communicate to their elected representatives—in federal, state, and local government—that arts and cultural institutions are essential to our communities and are dependent on sustained or increased public support. Find helpful links to resources on our website at eastman.org/advocacy.