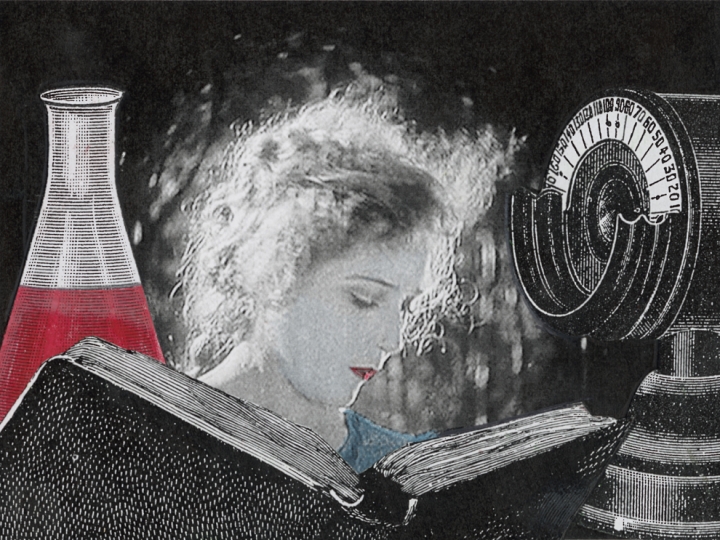 Every scene in each of Steers’s films is composed as an intricate paper collage assembled from fragments of nineteenth-century printed engravings and book illustrations. Steers places her characters into familiar yet fantastic surroundings which she then animates using a 35mm motion picture camera. Working with great precision, Steers develops approximately eight distinct collages for every second of screen time. This extreme devotion to detail, along with an exquisite mastery of the craft of animation, results in each film taking at least five years to produce.

While Steers’s films can be fully enjoyed when seen projected on a large screen, they take on a new life when viewed within her collaboratively fabricated sculptural works. From a foreboding Victorian dollhouse to a precarious stack of bed frames, each fascinating 3D object has been designed as a perfect theater to set the mood for Steers’s films to be experienced in a gallery space. This exhibition, which brings together all of the Night Reels works will be the first presentation of its kind in the eastern United States.