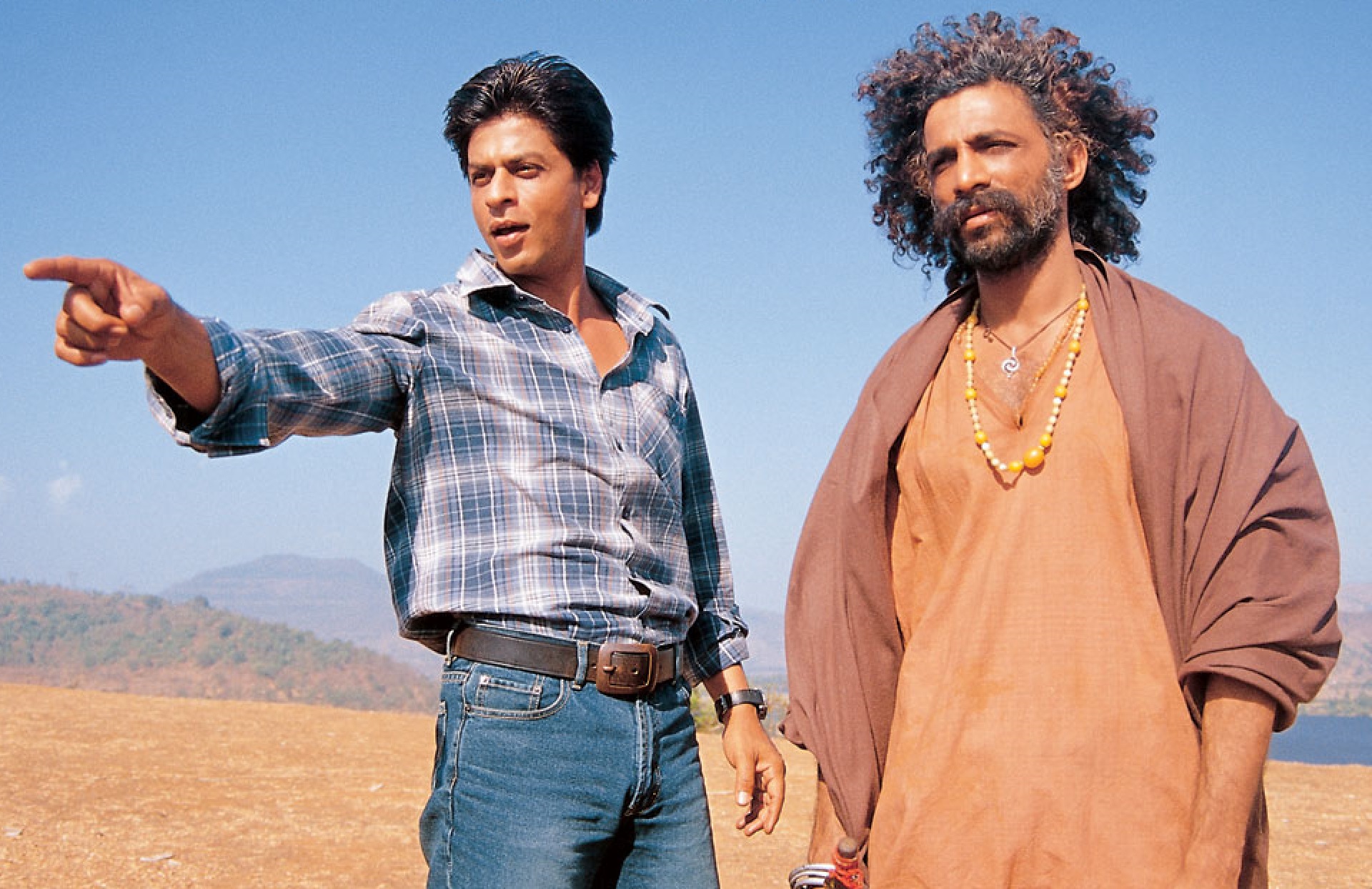 The people of the diaspora of India are often referred to as NRIs, or Non-Resident Indians. However, in the film Swades, NRI takes on a whole new interpretation: Non-Returning Indians. This is how Ivy-League-educated NASA engineer Mohan Bhargava (played by Shah Rukh Khan) is referred to by Gita (Gayatri Joshi in her movie debut), a young teacher struggling to bring education to the children of her village. But Mohan has returned to India, albeit to take his “second” mother back with him to the United States to give her a life of comfort and to ease his conscience for having lost track of her. He is clueless as to where she lives, what her needs or desires are, or what her attachments are.

Shah Rukh Khan has made a career of playing an NRI. One of his most successful films, Dilwale Dulhania Le Jayenge, set the standard for how NRIs may experiment with Western ways but at heart always carry traditional Indian values with them. What are those western ways as typically depicted in a Bollywood movie? Drinking, smoking, gambling & premarital sexual activity. In Swades, Mohan constantly tries to hide his very Western Marlboro cigarettes, with the negative influence of the west implied in the act, and his “caravan” RV with all its amenities that sharply contrasts with village life.

Director Ashutosh Gowariker (Lagaan) wanted to highlight issues in India regarding infrastructure, illiteracy & caste-based discrimination in a palatable, non-preachy way. The film was inspired by the work of two NRIs, Aravinda Pillalamarri & her husband, Ravi Kuchimanchi, who returned to India to bring about sustainable improvements to Indian villages and whose efforts were becoming widely publicized.

In the 90s, while studying for his PhD in particle physics at the University of Maryland, Kuchimanchi formed American-based chapters of the Association for India’s Development (AID) which raised funds from students to fund projects in India. Pillalamarri, who had been in the US since infancy, volunteered at an AID chapter while studying for her Master’s degree at the University of Wisconsin. With this common interest, they met, married and returned to India in 1998. One of their first projects was a pedal-power generator used to bring lighting to schools were there was no electricity. Even children took turns pedaling on a bike to convert the mechanical to electrical energy. One hour of pedaling generated three hours of electricity to a single light bulb. They trained the people of Bilgaon (population 300) located near two rivers’ intersection to build a hydro-electric power source. Bilgaon never had electricity despite its prime location. 200 volunteer person-days later their village was the model used by the Maharashtra government for other such programs.

Sharma, Isha. “7 Scenes From SRK's 'Swades' That Make It One Of The Most Underrated Gems In Bollywood.” Indiatimes.com, Indiatimes.com, 17 Dec. 2016, www.indiatimes.com/entertainment/celebs/7-scenes-from-srk-s-swades-that….