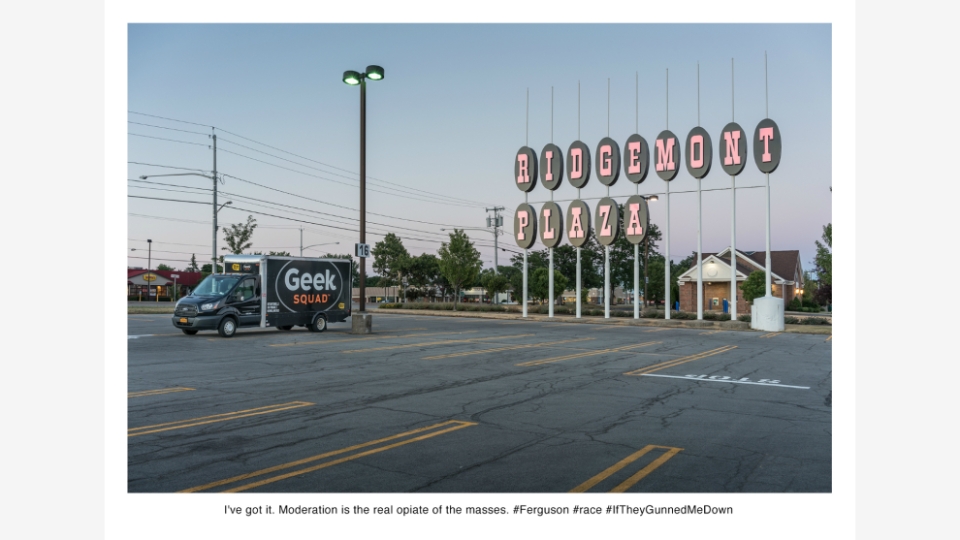 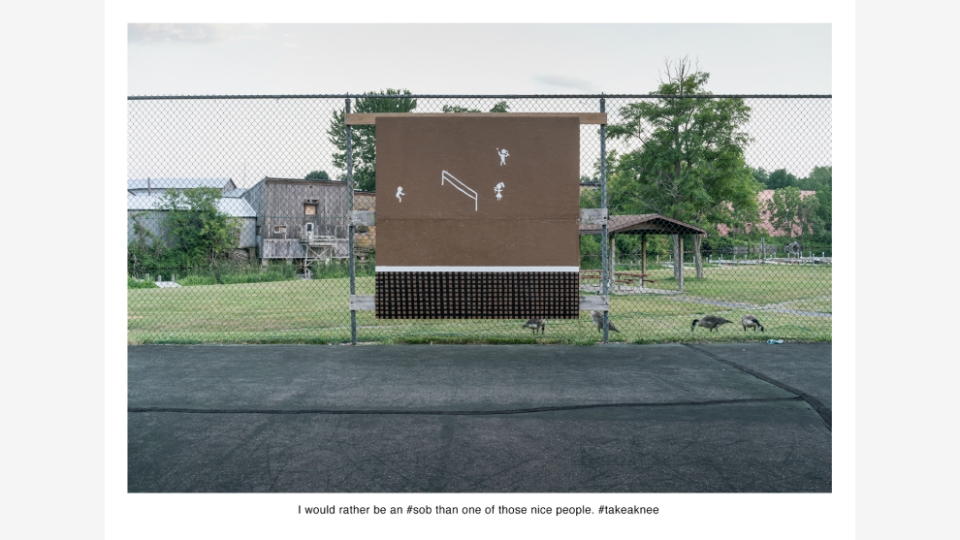 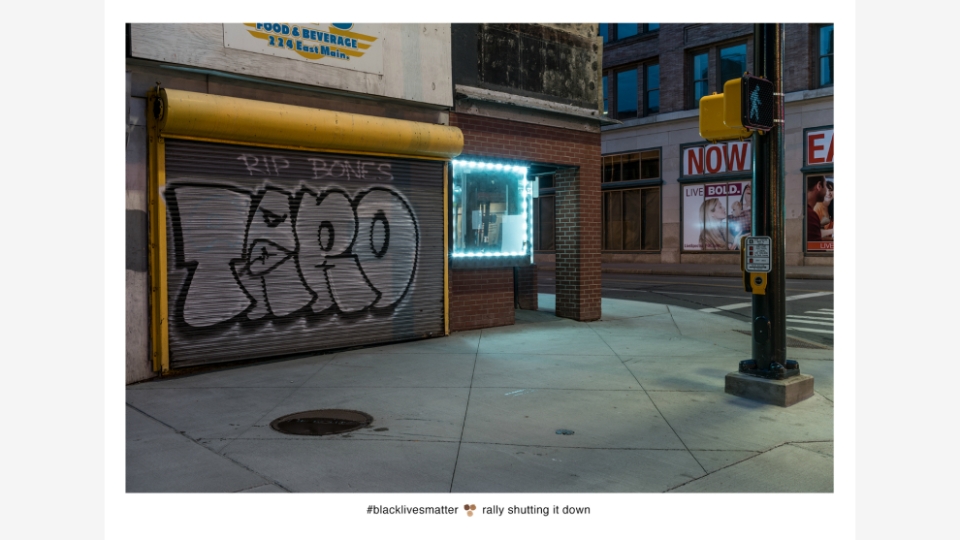 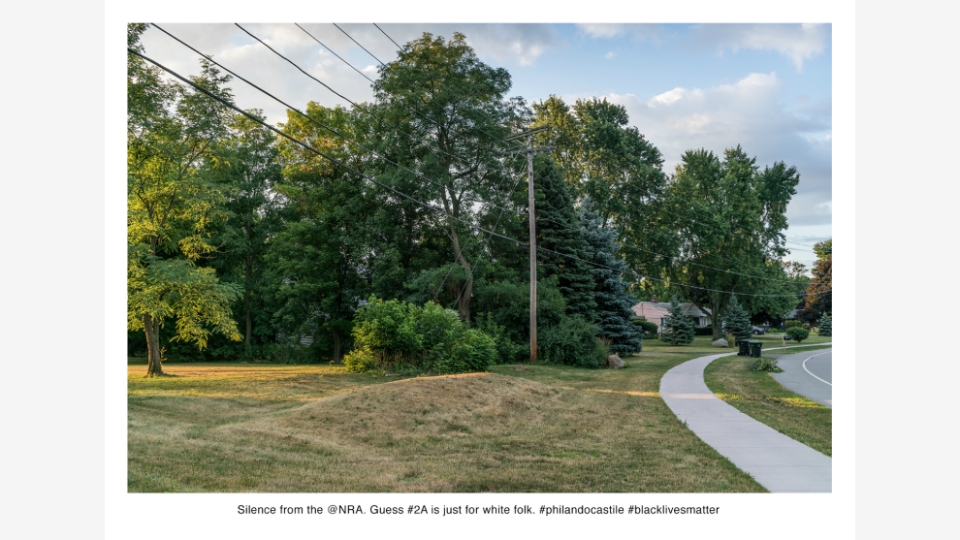 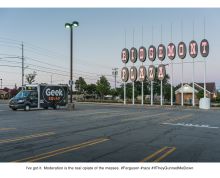 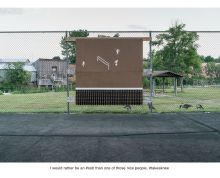 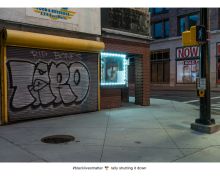 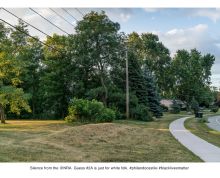 The George Eastman Museum has invited Nate Larson (American, b. 1978) and Marni Shindelman (American, b. 1977) to create a body of work specific to Rochester, New York. The artists, who work collectively as Larson Shindelman, are known for their series Geolocation, which transforms ephemeral bits of data into photographs and immersive installations. In this series, they use publicly available GPS information embedded in social media to track the location of user posts and then travel to the location to create a photograph that both marks the physical place and reacts to the content of the original post. Their work prompts discussions about social media, public and private information, and social issues surrounding race relations, gun violence, and the right to protest.

For this exhibition, Larson Shindelman have addedd to their Geolocation photographs by drawing from trending hashtags in Rochester to identify themes relevant to the community. They visited Rochester in the summer of 2018, creating the new body of work that will be displayed. This new work furthers their examination of how smartphones have contributed to a new era of social justice, including citizen journalism, information sharing, and community protest by exploring themes of racial discrimination, violence, right to protest, gun violence, police relations, political activism, and other social concerns.

Learn more about how Larson Shindelman created this work on YouTube.

This map was created in collaboration with Larson Shindelman to illustrate Twitter activity in Rochester in 2018. The hashtags represented are a sample of those that the artists were following while making the works featured in #LarsonShindelman #Mobilize.