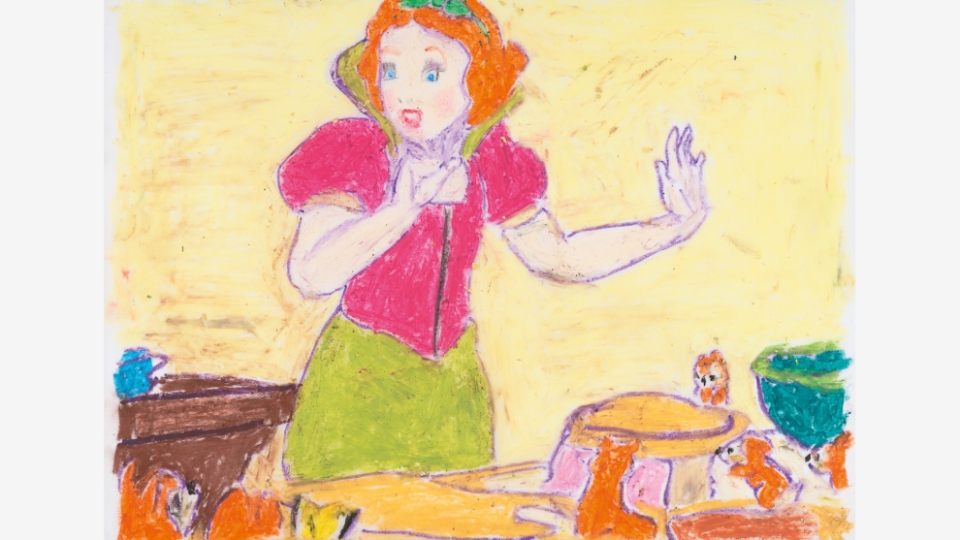 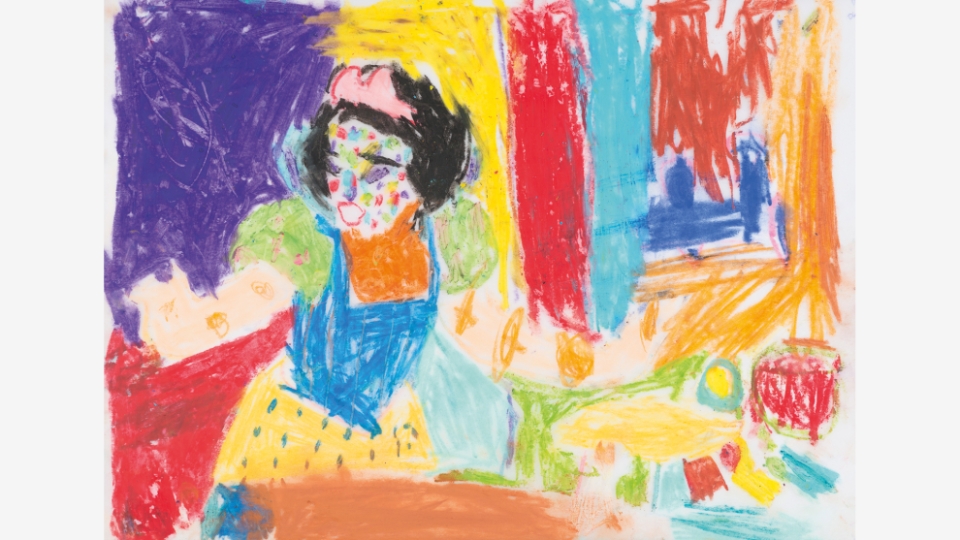 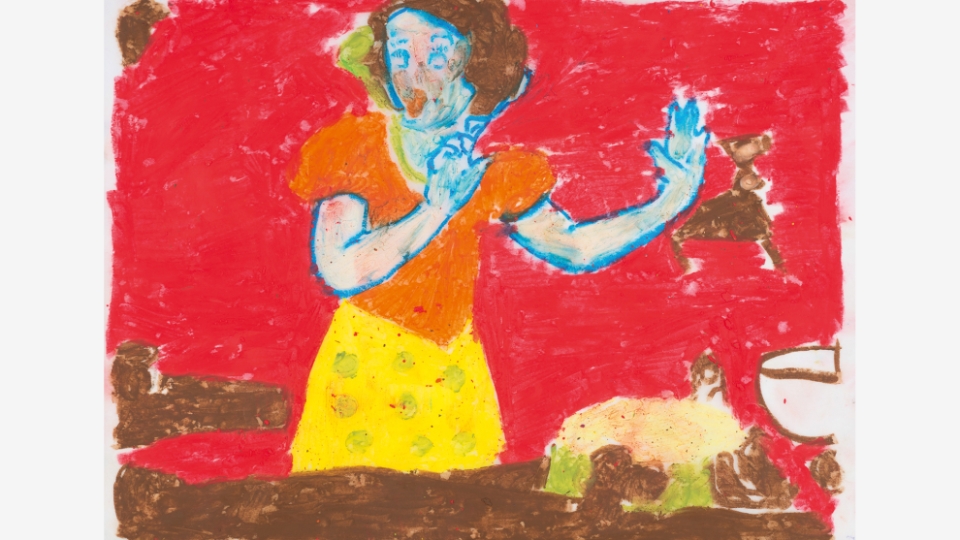 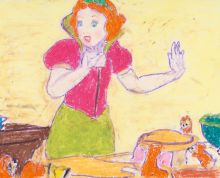 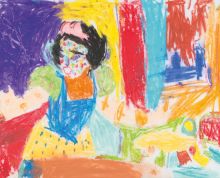 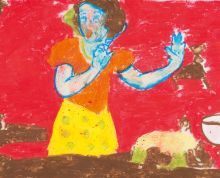 Artist Oliver Beer’s animation is a playful and thought-provoking re-creation of Disney’s Snow White and the Seven Dwarfs (1937), the first animated full-length feature film. Beer chose a 40-second clip from the original film, the scene in which Snow White makes a pie for Grumpy and sings “Someday My Prince Will Come.” He printed each film frame from that clip, removed alternating frames, and sent the remaining frames to schools in southeast France. Five hundred children each received a frame, traced the image, and colored it in using their imagination. The results show the freedom and unselfconscious expression of youth.

The Disney film is meant to be shown at 24 frames per second. Beer slowed his version down to 12 frames per second, allowing the viewer to better see each frame. Sequenced together, the drawings still have the movement of the original film, but the rhythm and appearance give Beer’s film a hypnotic quality. The soundtrack—made up of archival recordings of the original song in different languages—adds to this effect and highlights the idea of a collectively created work.

Reanimation (Snow White) begins with a cropped view of an hourglass in the background of the scene. This close-up reveals the intricate details of the children’s illustrations. Further, by focusing on the hourglass, Beer reminds us that time is a key element in the process of animation.

Reanimation (Snow White) was made in collaboration with the Villa Arson in Nice, France, and premiered at the Centre Pompidou in Paris in May 2014.