60 from the 60s | George Eastman Museum Skip to main content 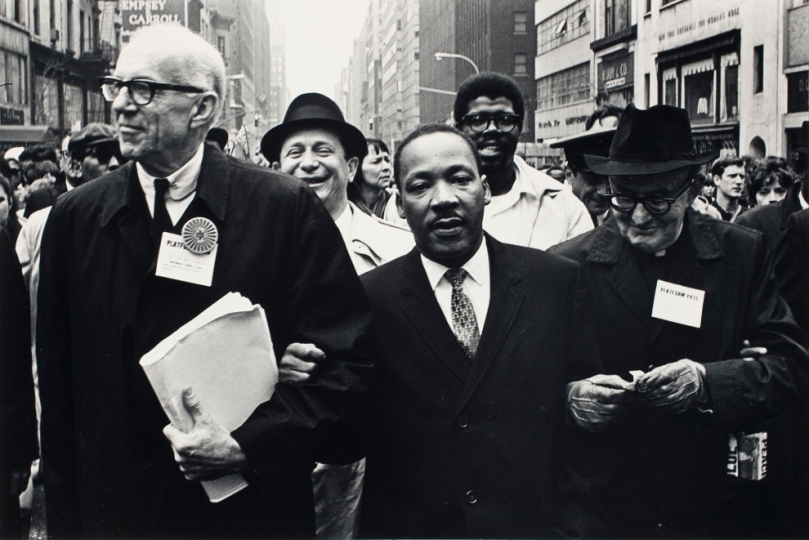 60 from the 60s features 60 prints from the 1960s by 10 of the most significant photographers from that eventful decade, offering a dynamic look at photography of the era. Many of photographers were just beginning to create a name for themselves in the 1960s, and some were established artists then in the midst of successful careers. The featured artists are Harry Callahan, Benedict J. Fernandez, Hollis Frampton, Betty Hahn, Robert Heinecken, Mary Ellen Mark, Roger Mertin, Arnold Newman, Aaron Siskind, and Garry Winogrand.

This selection from the Eastman House archive reveals high modernism at its apogee happily co-existing side by side with burgeoning postmodernism.

“Arnold Newman was well-known for his commercial and art photographs while Harry Callahan’s street portraits and beautifully framed architectural views had enormous influence on his students as well as his contemporaries,” said Jamie Allen, Eastman House assistant curator of photographs. “Robert Heinecken appropriated photographs to create his collage-like works, while Benedict J. Fernandez was embedded in the protest movement, creating powerful reportage that presented both sides of some of the most volatile issues of the time. The street photographer Garry Winogrand captured the essence of the period with his surreal images at a time when Aaron Siskind had shifted away from his documentary style of the 1930s toward abstractions of graffiti and images that flatten the photographic plane.”

Organized by George Eastman House and sponsored by 1285 Avenue of the Americas Art Gallery.