One Hundred Years Ago: George Eastman in 1922 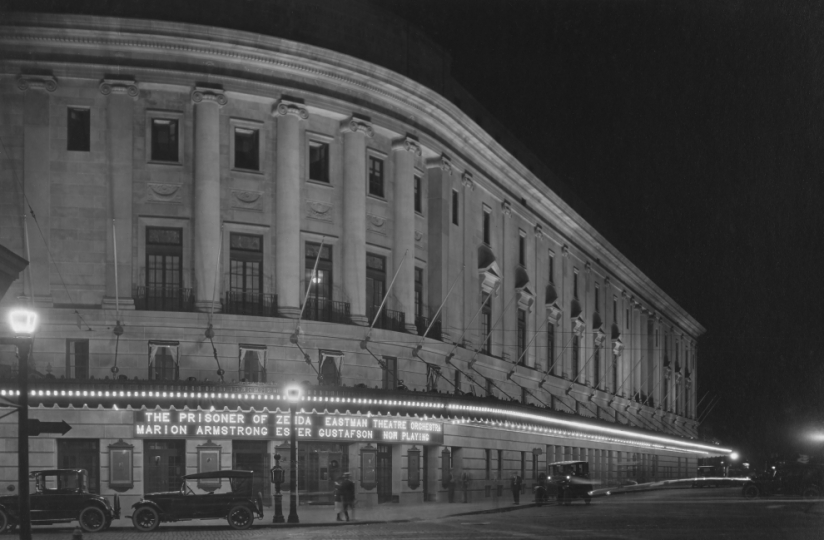 This annual display in the historic mansion provides a glimpse of George Eastman’s life and work one hundred years ago. The new selection of objects highlight the goings on in 1922—most notably the opening of the Eastman School of Music and the Eastman Theatre in downtown Rochester.

Now in his late sixties, George Eastman was paying less and less attention to business matters and giving more thought to leisure time for Rochesterians. In Eastman’s view, there was no better pursuit than music, and he had been working toward the opening of the Eastman School of Music and its accompanying Eastman Theatre for many years. The theater finally opened in September 1922.

With the introduction of the Ciné-Kodak—the first 16mm camera intended for making home movies—Eastman for the most part stopped taking still pictures. He took his first home movie footage during the fall of 1922 during a trip to Oak Lodge, his rustic hunting retreat in North Carolina.

See original objects from the collection related to these and other aspects of Eastman’s life in 1922, on view throughout the year in the Sitting Room.

In 1913, Kodak’s fledgling Research Laboratories developed two-color Kodachrome (an experimental film stock unrelated to the later, more popular product of the same name). Further development of the process was shelved during the Great War when red dye became too difficult to obtain from Germany. In 1922, the process was reworked to create color motion pictures. Kodak set up two studios for color work and sent John Capstaff, who led the team that created the process, to Hollywood to get color footage. Two-Color Kodachrome Test Shots No. III (John G. Capstaff, US 1922) is a selection of outtakes featuring actors Hope Hampton, Mary Eaton, and Mae Murray.