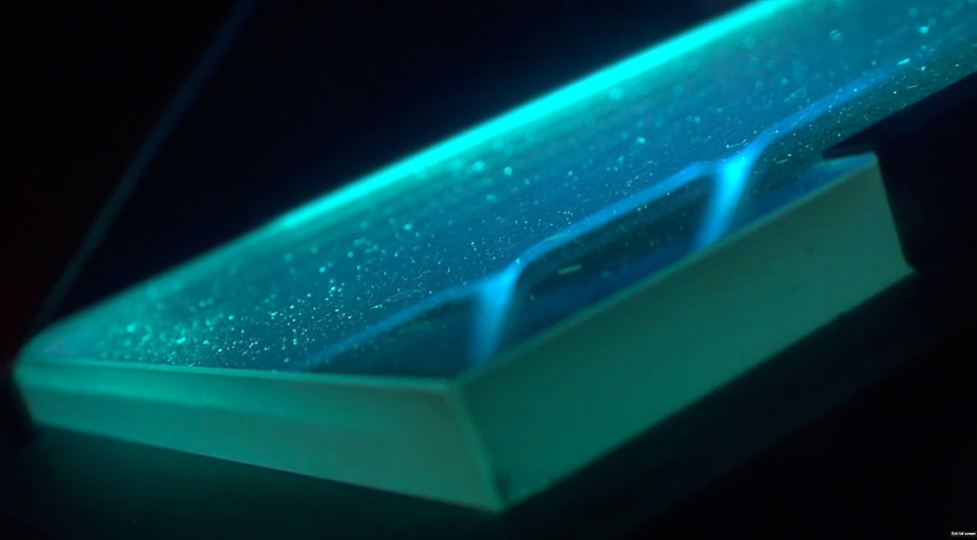 To complement the exhibition In Glorious Technicolor, George Eastman House presents two works by London-based artist Aura Satz in Eyelids Leaking Light. This marks the North American premiere of Satz’s new work, Chromatic Aberration (2014), in which she explores the aesthetics of “color fringing” by using film elements from the Eastman House collection.

Satz's work incorporates film, sound, performance, and sculpture. Her art focuses on the complex intersections between the history, technology, and aesthetics of media, while exploring the ways in which they change the understanding of human perception and agency. Her work reveals aspects ofearly color film technology that otherwise remain invisible.

Chromatic Aberration draws inspiration from a brief scene in Michael Powell and Emeric Pressburger’s film Stairway to Heaven (UK title: A Matter of Life and Death, 1946), where the transition from the reality of color to the black and white of the afterworld is conveyed from the viewpoint of David Niven’s eyelid. Satz’s film turns the cinematic lens in on itself, from a prosthetic recording eye to the abstract inner screen of one’s eyelids.

Doorway for Natalie Kalmus (2013) is an audiovisual work that transforms a Bell & Howell color film printer into a grotto of prismatic lights. The work pays homage to Technicolor’s color consultant Natalie Kalmus, whose name appears inthe credits of hundreds of color films including The Wizard of Oz (1939), Gone With the Wind (1939), and The Red Shoes (1948). Kalmus would create “color scores” for each film according to her theories of Color Consciousness.

With these two works, Satz invites viewers to become more conscious not only of color itself, but of its materiality, its history, and its effects.

Chromatic Aberration was commissioned by Tyneside Cinema (Newcastle, UK) with the participation of George Eastman House.