Bigger Than Life: CinemaScope at 60 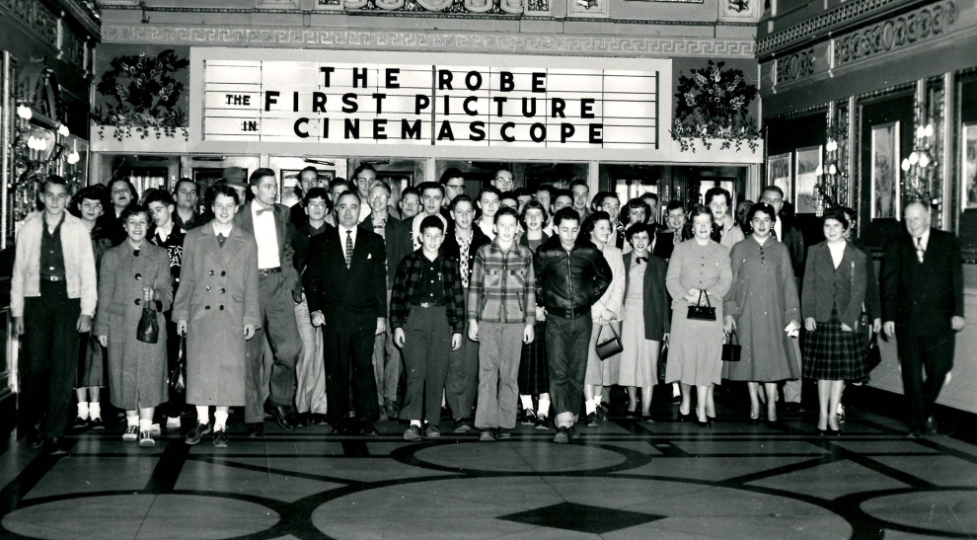 Join us in celebrating the sixtieth anniversary of the birth of widescreen cinema. As a direct reaction to the growth of the small screen TV in the home, Twentieth Century-Fox's CinemaScope process expanded the scale of cinema, increasing the size and width of the screen exponentially and adding new crisper multi-channel sound. CinemaScope emerged the victor in the clash of competing technologies which included 3D, Cinerama, and VistaVision. Rochester played a notable role in the success of CinemaScope; Bausch & Lomb designed and supplied the anamorphic lenses to thousands of newly equipped theaters across the country.

Bigger Than Life: CinemaScope at 60 draws on the museum's rich collection and includes several multimedia and interactive elements that will allow visitors to browse trailers, shorts, and excerpts related to CinemaScope, and to manipulate and explore film frames. Visitors will also learn about the technological innovations through the display of original objects including a Panavision anamorphic camera lens (ca. 1958), a Bausch & Lomb anamorphic CinemaScope projection lens (ca. 1953), and a frame clipping from an original print of Seven Brides for Seven Brothers (1954).

The exhibition draws on the museum's holdings in the Motion Picture Stills, Posters, and Paper Collection, the Technology Collection, and the Richard and Ronay Menschel Library. Additional photographs and documents showcasing CinemaScope's history in Rochester are loaned from the Bausch & Lomb Archives and the Rochester Theater Organ Society. The exhibition is enhanced by a CinemaScope film series in the Dryden Theatre in November.