From the Camera Obscura to the Revolutionary Kodak 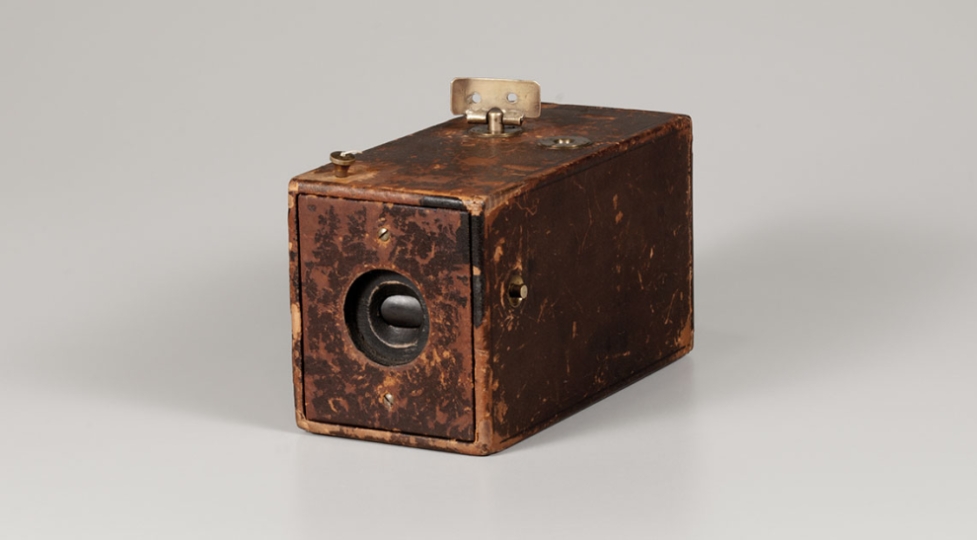 The first successful roll-film hand camera, the Kodak, was launched publicly in the summer of 1888. Inventor George Eastman received a patent (number 388,850) for the camera’s shutter and the trademark (number 15,825) for the Kodak name on September 4, 1888. The immediate triumph of the camera prompted Eastman to change the name of his company from Eastman Dry Plate and Film Company to Eastman Kodak Company in 1892.

This three-part exhibition explores early photographic processes through cameras and related equipment from the museum’s collections. Includes a room-size camera obscura providing a unique view of the West Garden; Making Photographs: The First 50 Years, which focuses on the development of daguerreotype, wet-plate, and dry-plate photography; and The Revolutionary Kodak, which showcases the new system of photography that Eastman introduced to the world—through both the evolution of the camera and the snapshots each has captured. Designed with the novice photographer in mind, the Kodak was a box-style camera requiring no adjustments or prior photographic knowledge. To use the camera, the photographer simply armed the shutter by pulling up on the string (located on the front right of the camera), pointed the camera at the subject, and then pressed the shutter release. These steps were clearly explained in the camera’s instruction manual and were used to promote the ease of the camera along with the slogan, "You press the button, we do the rest.".

The exhibition features cameras and facsimiles of snapshots and documents from the Eastman Museum collection.