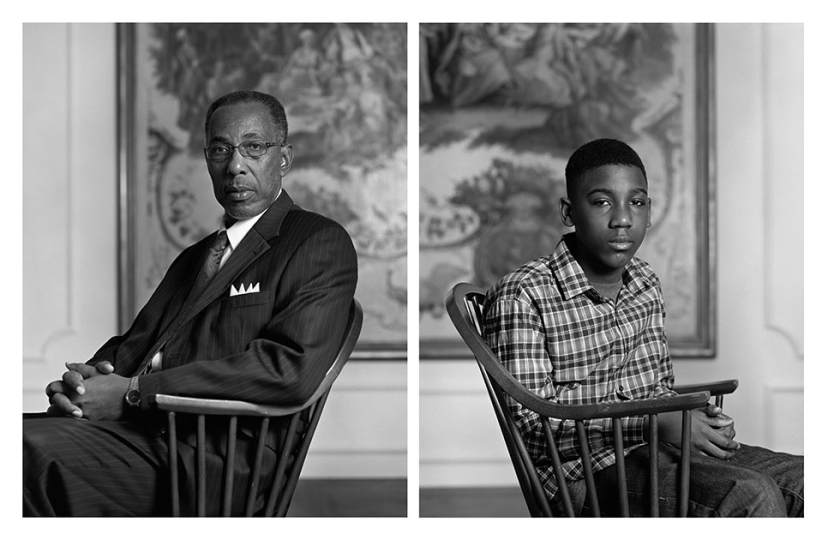 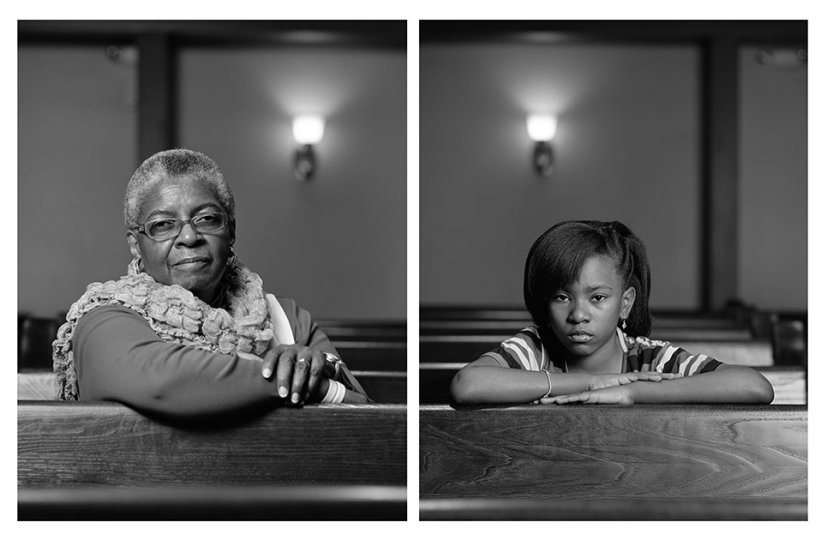 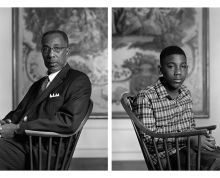 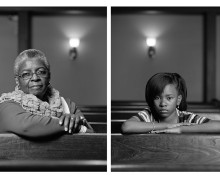 Chicago-based photographer Dawoud Bey’s The Birmingham Project is a reflection on the September 15, 1963, bombing of the 16th Street Baptist Church in Birmingham, Alabama—an event that resulted in the deaths of six African American adolescents.

To commemorate the fiftieth anniversary of this tragedy—which became a flash point of the Civil Rights Movement—Bey photographed Birmingham residents; about half of those photographed were the same ages as the victims (11, 13, 14, 16), and the rest were the ages that those children would have been in 2013, had they lived. Thirteen of the sixteen resulting diptychs will be on view in the exhibition at Eastman House.

To complement the photographs, Bey made a split-screen, single-channel video, 9.15.63, which juxtaposes a child’s view through the window of a moving car as it approaches the church, with footage of sites charged with significance for the black community in Birmingham during the Civil Rights era—a schoolroom, a lunch counter, a barbershop, and a beauty parlor.

By drawing a connection between contemporary individuals—ordinary people with everyday lives—and the echo of figures lost to a struggle that continues today, Bey makes history come alive. In the process, he draws attention to the powerful way in which photographs imprint subjective experience onto current events and social history.

The exhibition at George Eastman House is sponsored by the Rochester Area Community Foundation.