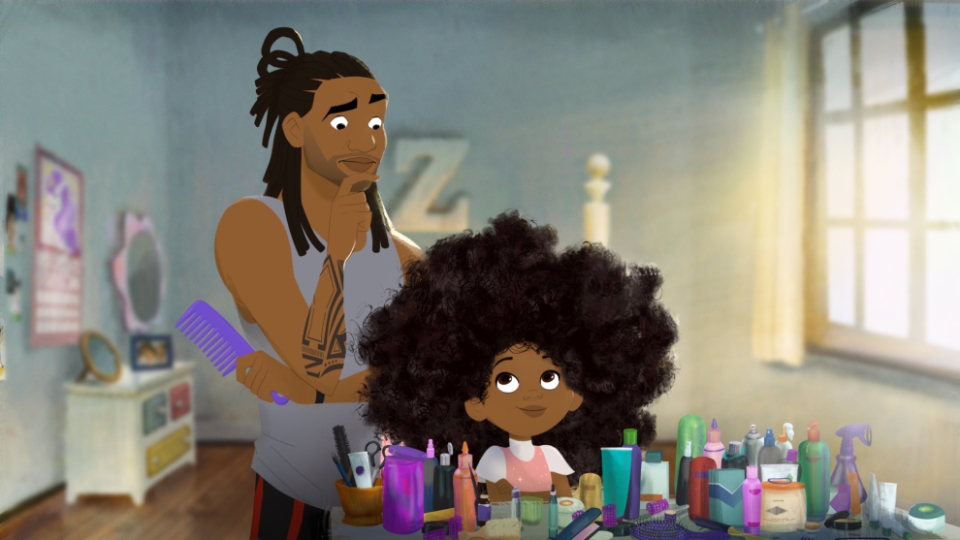 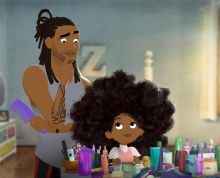 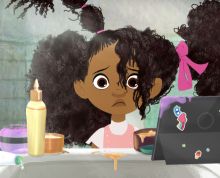 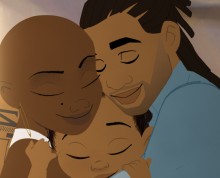 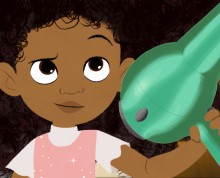 Please note: this screening may be unavailable at small intervals. Contact the museum at (585) 327-4800 to confirm whether the screening is available on the day of your visit.

In this captivating, Academy Award–winning animated digital short film, seven-year-old Zuri attempts to style her own hair while following an online video tutorial. Seeing that she needs help, her father Stephen comes to the rescue, but time is running out before they need to leave for an important meeting. Will Stephen be able to create the challenging style that Zuri has chosen?

Creator and former NFL player Matthew A. Cherry was inspired to make Hair Love in 2016 after noticing an increasing trend in viral online videos featuring Black fathers styling their daughters’ hair. Cherry developed this situation into an animated story for children that he felt would give a realistic representation of African American families in animated films while working against the negative stereotype of Black fathers being absent from their children’s lives. Hair Love’s steady rise in popularity has been dramatic and has resulted in a best-selling children’s book and an upcoming twelve-episode series called Young Love to be released on HBOMax.