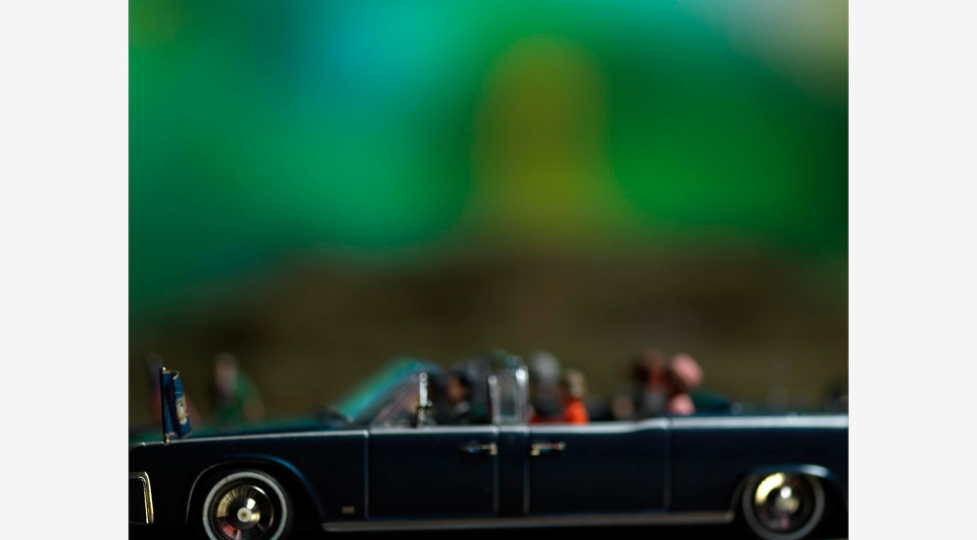 Photographer David Levinthal’s most recent series, History, is a culmination of his work over the last three-and-a-half decades. Like his previous bodies of work—the most well-known of which include Hitler Moves East (1975–77), Modern Romance (1984–86), The Wild West (1987–89), and Barbie (1998–99)—History speaks to the way in which popular imagery infiltrates memory, imagination, and identity. The exhibition at George Eastman House will be the first time that History is presented to the public.

To make his work, Levinthal (American, b. 1949) begins by finding vintage figurines and play sets through his now long-established network of toy sellers and collectors, and then creates elaborate scenes based on events in history, especially as they are depicted in visual culture. Levinthal then photographs his scenes and creates large, history-painting-sized inkjet prints.

The compositions are reminiscent of famous images from art history, television, and movies, but are not exact replicas. Instead, they are imaginative re-creations that paraphrase their source material. This increases the scenarios’ semblance of realism, in that the viewer interprets them as moments near the time of the iconic pictures, but it also introduces a note of disjuncture to the scenes.

The resulting works, in which notions of play and fantasy intermingle with history and memory, suggest—astutely and without judgment—the inevitable role that images play in both our understanding of the past and our personal relationship with the course of history.