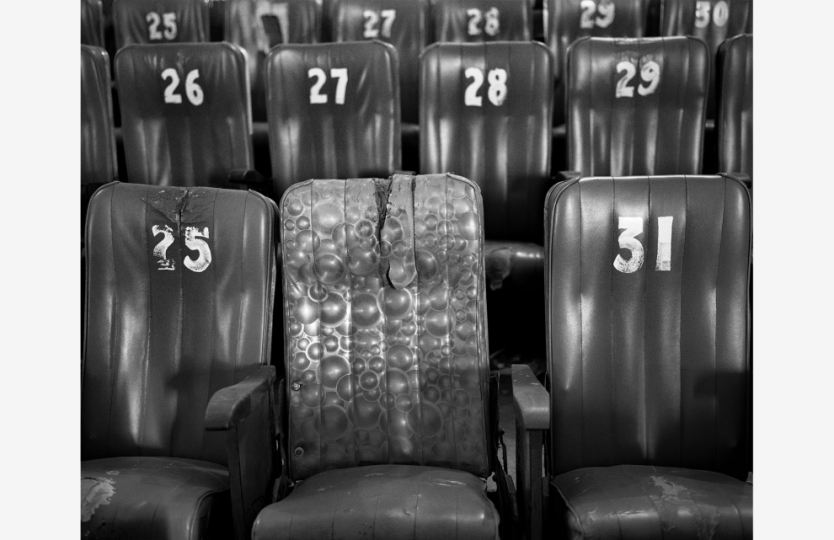 Between 2006 and 2009, Nandita Raman traveled throughout India creating Cinema Play House, a series of photographs depicting the country’s slowly disappearing single-screen theaters. Raman, whose family once owned one such theater in Varanasi, India, focuses her lens on the architectural anomalies that set these spaces apart from the larger multiplex theaters that currently threaten their existence.

Also on view: Stories of Indian Cinema: Abandoned and Rescued, which tells the story of the George Eastman Museum's recently acquired collection of contemporary Indian cinema.

These songs were selected by Nandita Raman, with the help of Shrinkhla Agrawal, to provide background music for the exhibition, and include classic songs from Bollywood films.

You can listen to the playlist on this page, or can access it through Spotify.