One Hundred Years Ago: George Eastman in 1920 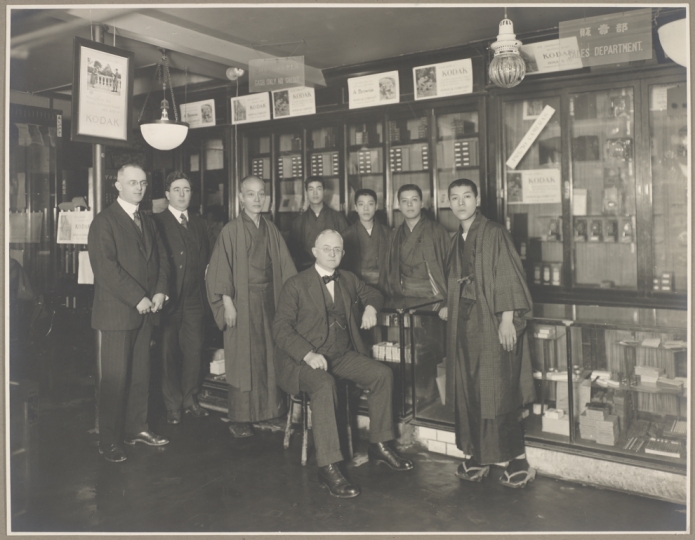 The 1920s were George Eastman's final full decade—and would prove to be his most productive. With World War I over and Eastman Kodak Company’s global expansion well underway, Eastman focused on making Kodak a leader in industrial relations and making Rochester a better place to live for his employees. This display in the Sitting Room explores aspects of Eastman's life in 1920 through artifacts such as an album of photographs from the construction of the Eastman Theatre, newspaper articles, the first issues of Kodak Magazine, and souvenirs from his trip to Japan.

George Eastman was already having a busy year when out of the blue in mid-March 1920, he received an invitation to the Empire of Japan. From April 25 to May 14, Eastman and his group toured the country, learning more about the economic and political forces at work in the country, while also getting a feel for the culture.

Learn more about his trip on our blog: 100 Years Ago: George Eastman's Trip to Japan

Explore Photographs from the trip: George Eastman's photographs of Japan

In this annual lecture on George Eastman’s life one hundred years ago, Legacy Collection Archivist Jesse Peers will explore what George Eastman and the Eastman Kodak Company were up to in 1920. In particular, Peers will highlight Eastman’s only trip to Asia and discuss the fulfillment Eastman felt in shaping a better city for his employees to live in.