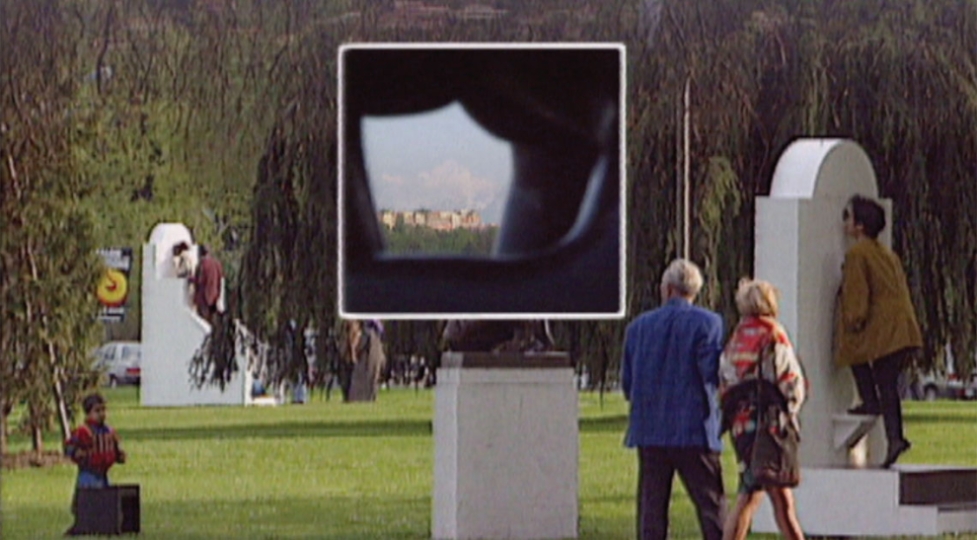 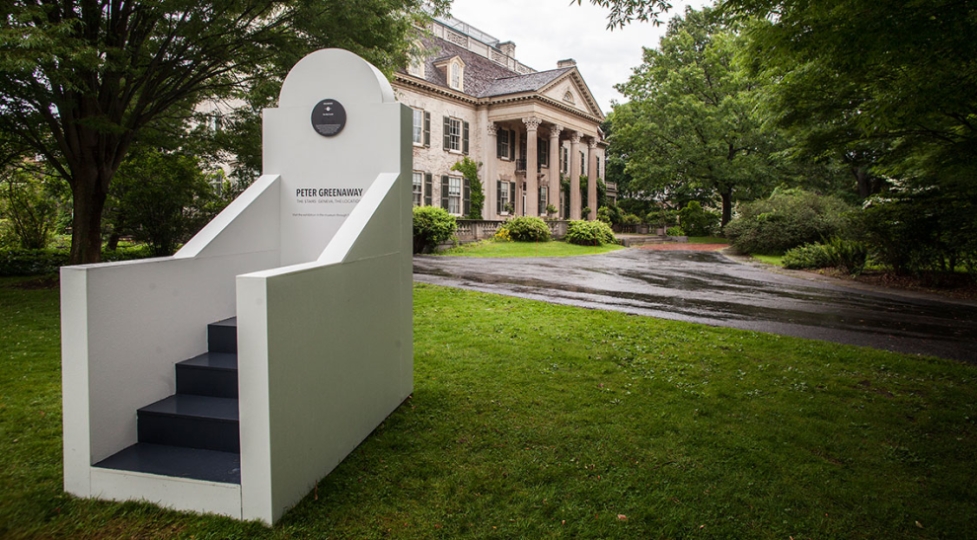 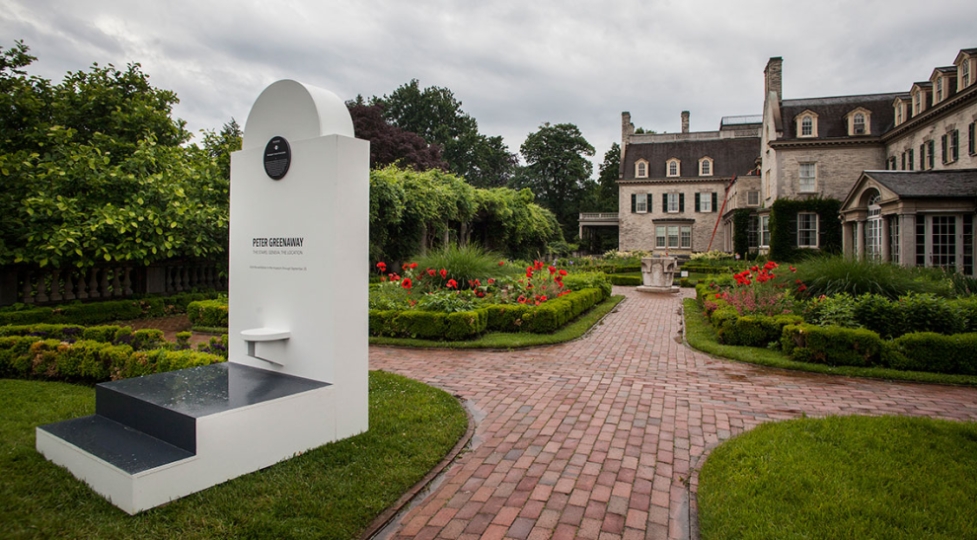 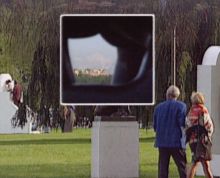 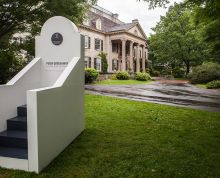 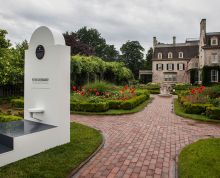 As cinema approached its one hundredth year, filmmaker Peter Greenaway (British, b. 1942) embarked on perhaps his most ambitious project to date: The Stairs. This massive installation project would take place in ten cities around the world over the course of a decade, with each installment focusing on one of ten themes related to the language of cinema (location, audience, projection, and so on). At the same time, each exhibition would be an attempt to push the medium’s language forward, displacing film from the darkened theater to the space of everyday life.

In 1994, Geneva, Switzerland, was the first city to host The Stairs. Greenaway and his team placed the custom-built white, wooden staircases at various locations around the city, from highly populated tourist sites to quiet residential streets. Though they varied in shape and size, the staircases were united by a common attribute: a circular “peephole” at the top, which offered a view that the artist conceived as a live, ongoing “movie” of the landscape. According to Greenaway, the staircases were “special viewing-platforms, modest positions of privilege from which to view the sites at all times of the day and night.” While the Geneva installation was followed in 1995 by one in Munich, Germany, the remaining eight were never realized. Greenaway’s grand installation piece remains intriguingly incomplete.

Greenaway’s experimental video Stairs 1—Geneva (1995) showcases each of the one hundred viewpoints from the citywide installation in one hundred one-minute sequences. George Eastman House will present Stairs 1 Geneva in a multimedia exhibition that also includes three sets of stairs—built according to the artist’s instructions and situated in the museum’s gardens and gallery—and a display of stills from one hundred films in which stairs play an important role.