Cecil B. DeMille’s first large scale historical epic, Joan the Woman (1916), was his most expensive film to date. The final cost of the film exceeded $300,000 ($7,061,590 in 2019), and all the money shows on the screen. The costumes and sets are lavish and the battle scenes impressive. Also impressive is the performance of Geraldine Farrar, Metropolitan Opera soprano in the title role. Farrar, already wildly popular from opera, the movies only increased her fame. Joan the Woman was the fourth of six films she made with DeMille.

Enhancing the look of the film was a new color process devised by engraver Max Handschiegl. Originally known as the DeMille-Wycoff process, by 1919 it was named after Handschiegl. The Handschiegl Process allowed scenes to be selectively colored to heighten dramatic effect. Used many times throughout the film it is especially spectacular towards the end of the film for the flames during the climactic burning at the stake.

For many decades the film has been seen in less than pristine copies missing most of its color effects. For this restoration, the George Eastman Museum returned to Cecil B. DeMille’s personal nitrate print.

The restoration of the film began in 2017, and was initially thought to be a simple digitization with minor repairs. However, the team quickly discovered that once scanned, the tints in the Handschiegl Process scenes were not accurately represented in digital form. They had to isolate the Handschiegl colored images within these specific scenes and correct them frame by frame to ensure the look they had when projected would be accurately portrayed in the digital version.

Sally, Irene and Mary (Edmund Goulding, US 1925), produced by Metro-Goldwyn Mayer, stars Constance Bennett, Sally O'Neil, William Haines and Joan Crawford. The George Eastman Museum restored the film in 2019 thanks to funding from the Louis B. Mayer Foundation.

Like so many films from the silent era, once talking pictures arrived, Sally, Irene and Mary went into the vault, with very little chance of being seen again. In the mid-1950’s the George Eastman Museum acquired from M.G.M. a 16mm print for the collection. In 2018 the Moving Image Department received a grant from the Louis B. Mayer Foundation to restore the film. But for this restoration to look the best, better elements were needed. Thanks to Warner Bros., we were able to borrow their 35mm Fine Grain Master. A fine grain master is a low contrast positive used to print duplicated negatives. This Fine Grain Master was struck off the 1925 original camera negative, which has since decomposed. To make the new negative and prints, we chose Cinema Arts, Inc. because they are known for their excellent work with black and white film. This film is now available in both 35mm and DCP. 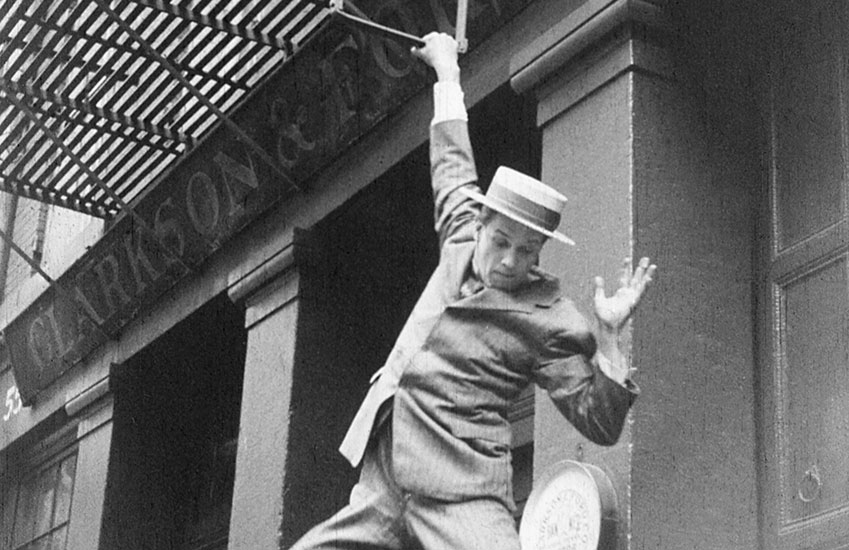 In 2013, the George Eastman Museum, the National Film Preservation Foundation (NFPF), the Cineteca del Friuli, and Cinemazero, an art house in Pordenone, Italy, announced the recovery of Mercury Theatre's long-lost Too Much Johnson, directed by Orson Welles in 1938.

The nitrate work print of the film—left unfinished by the Mercury Theatre and never shown in public—was found in a warehouse by the staff of Cinemazero. The film was transferred to the Eastman Musem in order to be preserved with a grant from NFPF.

Too Much Johnson was originally intended to be screened in conjunction with Welles's stage adaptation of an 1894 play by William Gillette. The Mercury Theatre planned to show the three short films as prologues to each act of the play with the accompaniment of music and live sound effects, but it was never finished. Joseph Cotten was cast in the lead role, with supporting roles going to Mercury Theatre actors Eustace Wyatt, Edgar Barrier, Ruth Ford, Arlene Francis, Mary Wickes, Orson Welles, and Virginia Nicholson. The play ultimately opened without the film on August 16, 1938.

National Endowments for the Arts