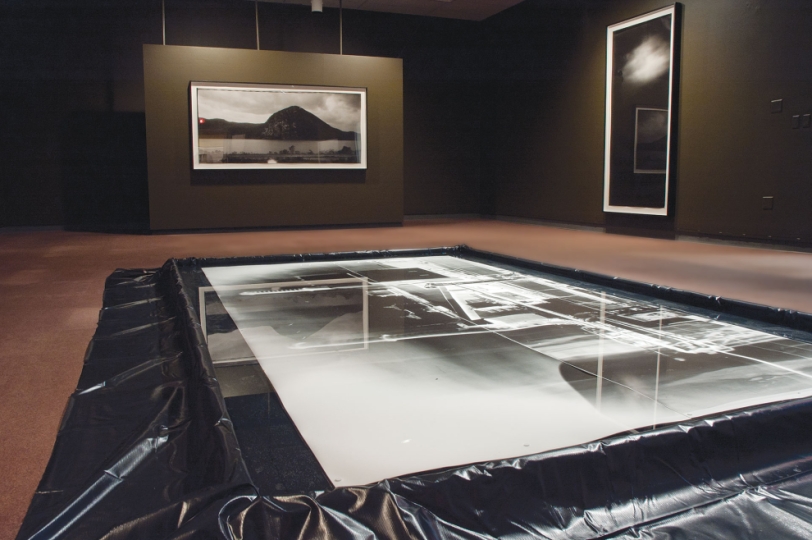 The George Eastman House installation by Los Angeles artist Lauren Bon links the mountains of Southern California and the historic photographic industry of Rochester, N.Y., through an exploration of their shared connections to two basic elements.

The exhibition will consist of 19 very large prints produced around America by Bon with her Metabolic Studio Optics Division. They are a product of the Liminal Camera, a gigantic pinhole device made out of a shipping container that contains both the camera operators and a processing facility.

“Los Angeles, like other settlements, emerged out of these resources. As it grew in size, so did this fledgling city’s thirst for silver and water. Through pipelines and aqueducts, steam-engines and mule-trains, Los Angeles moved to secure these lifelines, extending its reach deep into the sierra mountains.

“At the same time another use for silver and water emerged.  Images were captured on films of silver and developed in watery baths. Eastman Kodak began to produce photographic film, importing silver from the West to its factory in Rochester.

“In the Great American West, photography found a perfect subject: vast spaces and uncharted vistas were recorded in grains of silver. In the form of postcards, broadsides, and railway brochures, each image became a silver promise. Photography traveled west, and people followed.

“It was only natural that Los Angeles should become the silver screen. The new film industry took root in this city of silver and water.

“We return now to the sources of silver and water. To the desiccated Owens Valley that LA drank dry. To the abandoned Cerro Gordo silver mine, now in the midst of a ghost town. We trace the movement of silver and water along pipelines and bank accounts. Through the eye of a giant camera, we record, in silver, these sites of silver. “