A Bouquet of Stencil-Colored Films 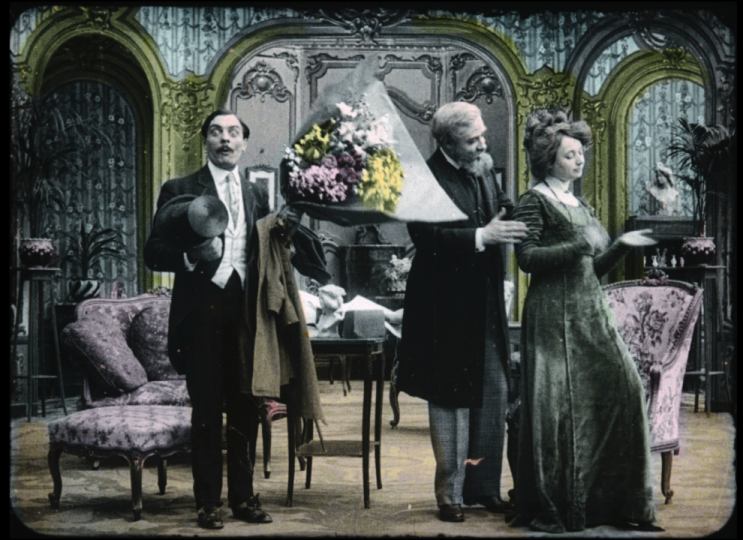 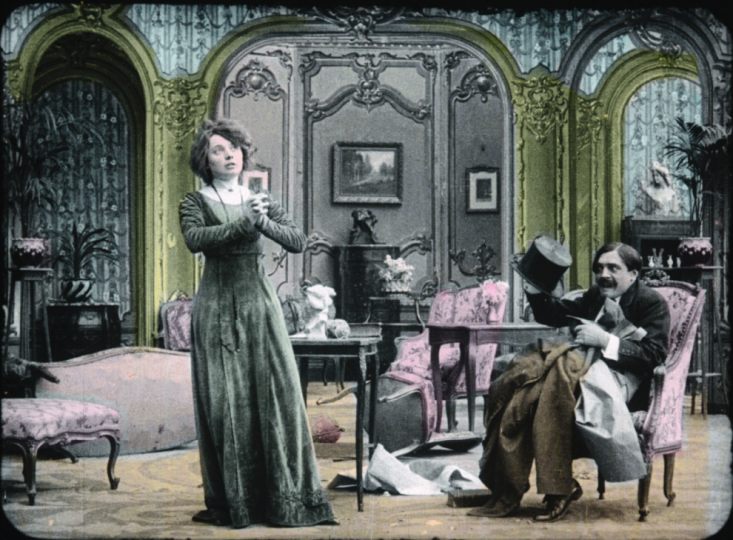 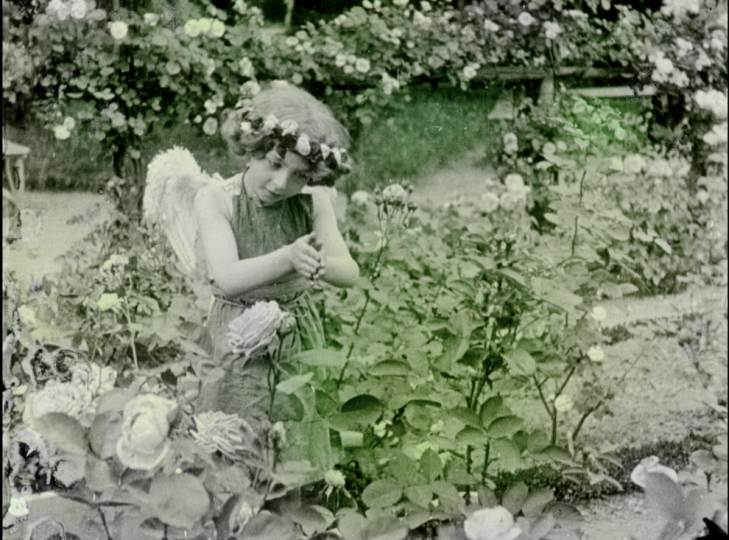 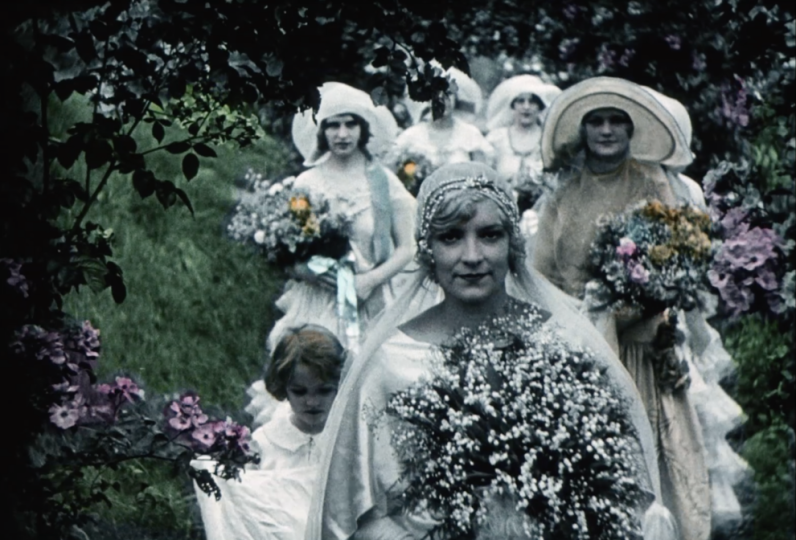 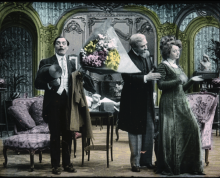 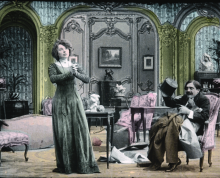 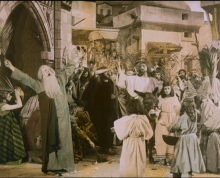 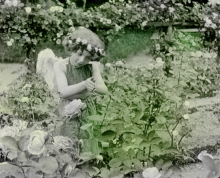 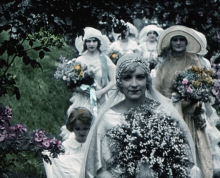 Four stencil-colored films from the Eastman Museum Moving Image Collection will be screening on a loop in the multipurpose hall from January 3 through March 26.

The films were produced between 1909–1929 and feature the early technique of adding color dyes to film. While not a true color photographic process, stencil-coloring displays the ingenuity that early filmmakers showed in creating a method to add a rich palette of stunning colors, which enhanced the spectacle of early movies. The earliest motion pictures produced were created on black-and-white film stock, but it wasn’t long before filmmakers took cues from other popular media of the time, like still photography and magic lantern slides, and applied colored dyes directly to the film’s surface by hand using fine paint brushes.

Hand-applying colors to thousands of tiny sequential images on a strip of 35mm film proved to be difficult to perform consistently, and a system to industrialize hand-coloring using stencils was developed in 1903. This complex endeavor required skilled labor, and the precision work of film-stenciling presented an opportunity for women workers, who notably carried out most of the stenciling work in early films.

The basic film-stenciling system involved projecting a magnification of the film image at a scale to enable an operator to precisely trace the areas of the frame to be colored. A pantograph was employed to transpose a reduction of the tracing that simultaneously cut a stencil, which could be laid over and aligned with the film, each color requiring a separate stencil. Once the stencils were made, colored dyes were applied to the black-and-white film print using a velvet cloth. An average of four to seven colors were often used, and the work could be consistently repeated on hundreds of distribution prints. While other methods of producing color on film would emerge and improve, the stenciling process remained popular with audiences into the 1920s.

The films in this program show a range of the capabilities of the stenciling system, and each title was preserved on film by graduates of the George Eastman Museum’s L. Jeffrey Selznick School of Film Preservation.