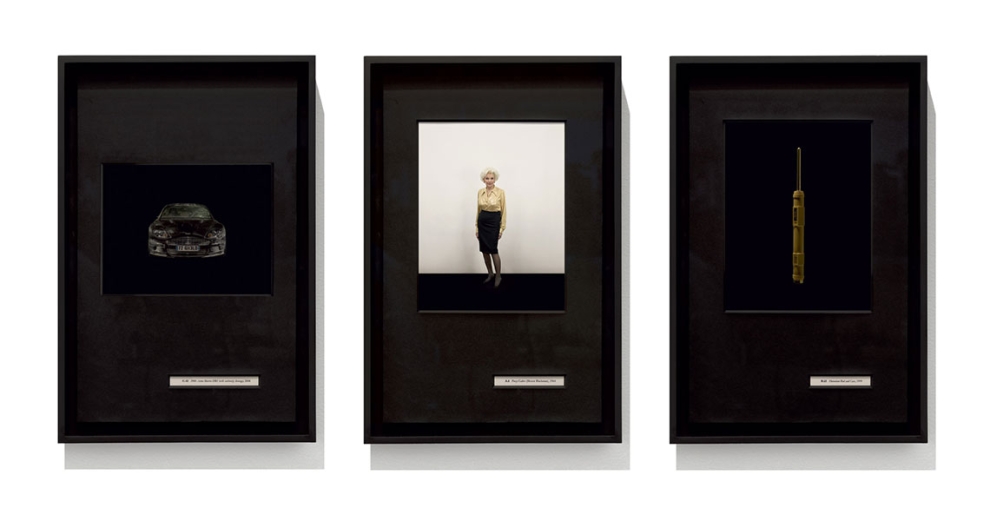 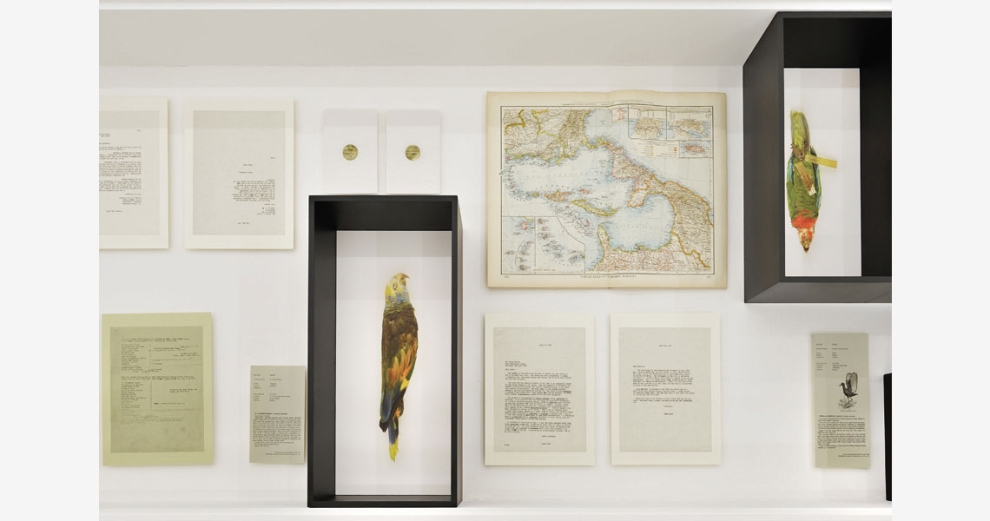 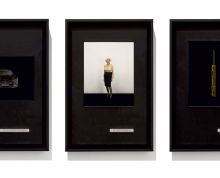 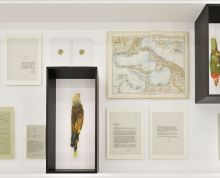 In 1936, American ornithologist James Bond (1900–1989) published the definitive taxonomy Birds of the West Indies. Ian Fleming, an active bird-watcher living in Jamaica, appropriated the author's name for his novel's lead character. This appropriation was the first in a series of substitutions and replacements that would become central to the construction of the Bond narrative. Uniting Bond the ornithologist with 007, Taryn Simon uses the title and format of the ornithologist’s taxonomy for her work.

In her series Birds of the West Indies, Simon presents a photographic inventory of women, weapons, and vehicles—recurring elements in the James Bond films between 1962 and 2012. This visual database of interchangeable variables used in the production of fantasy examines the economic and emotional value generated by their repetition.

Simon’s film Honey Ryder (Nikki van der Zyl), 1962, part of Birds of the West Indies, documents the most prolific agent of substitution in the Bond franchise. From 1962 to 1979, Nikki van der Zyl, an unseen and uncredited performer, provided voice dubs for over a dozen major and minor characters throughout nine Bond films. Invisible until now, van der Zyl further underscores the interplay of substitution and repetition in the preservation of myth and the construction of fantasy.

In the second part of the work, Field Guide to Birds of the West Indies, Simon casts herself as James Bond the ornithologist, identifying, photographing, and classifying all of the birds that appear within the 24 films of the Bond franchise. The appearance of many of the birds was unplanned and virtually undetected, operating as background noise for whatever set they happened to fly into. Simon parsed every scene to discover those moments of chance. The result is a taxonomy not unlike Bond’s original Birds of the West Indies. The artist trains her eye away from the agents of seduction—glamour, luxury, power, violence, sex—to look only at the margins. She forces the viewer’s gaze off center, counter to the intentions of the franchise, by focusing on the forgotten, insignificant, and overlooked.

To complement the exhibition of Taryn Simon’s Birds of the West Indies, which is inspired by the James Bond films, we have curated a series of eighteen spy films —thirteen from the Bond franchise along with five other genre classics of the twentieth century.