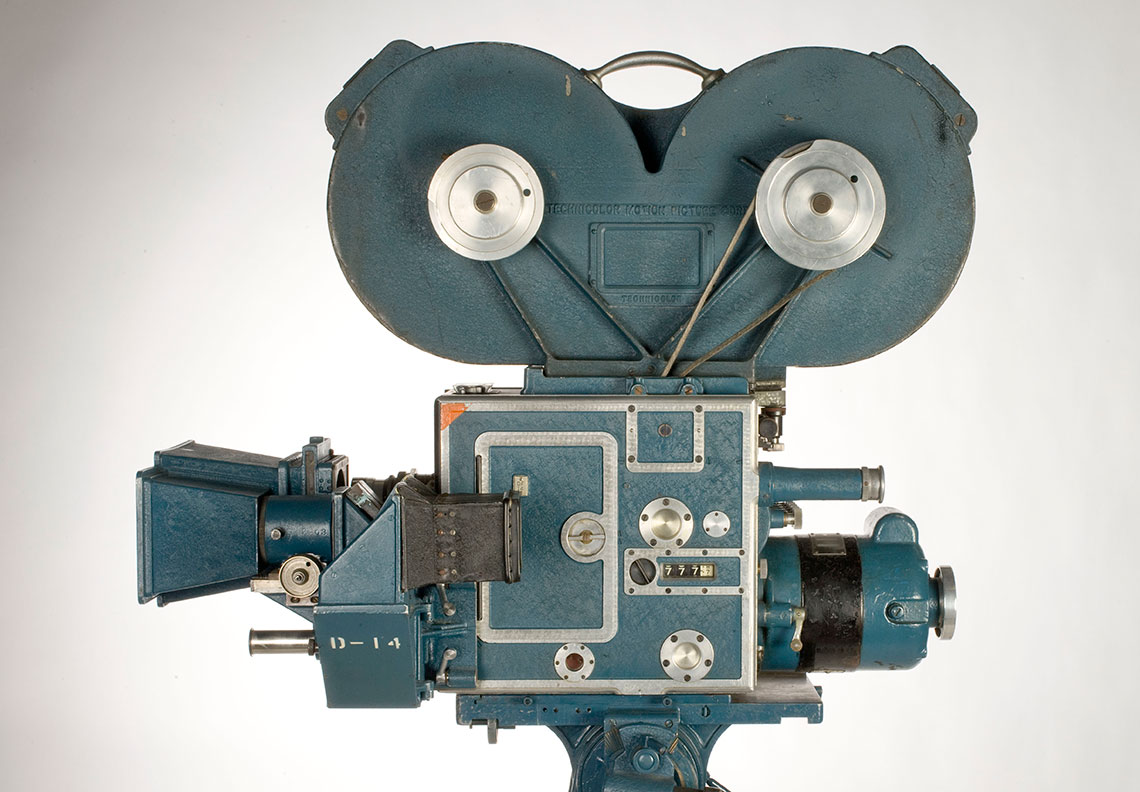 The introduction of Technicolor’s three-color camera in 1932 represented a major advancement in motion picture technology. The camera required an entirely new design, although it utilized many of the same principles already developed for two-color photography, such as a beam-splitting prism. The camera captured crisp, vibrant colors that were then recombined in printing.

The Technicolor three-strip camera captured separate color records onto three strips of film. Light entered the camera through the lens and was divided by the beam-splitting prism into two paths. One strip of film recorded the green record onto black-and-white film, while the other two records were exposed onto two black-and-white film strips in “bipack” (sandwiched together); the front film was blue-sensitive only, while the back film was sensitive to red.