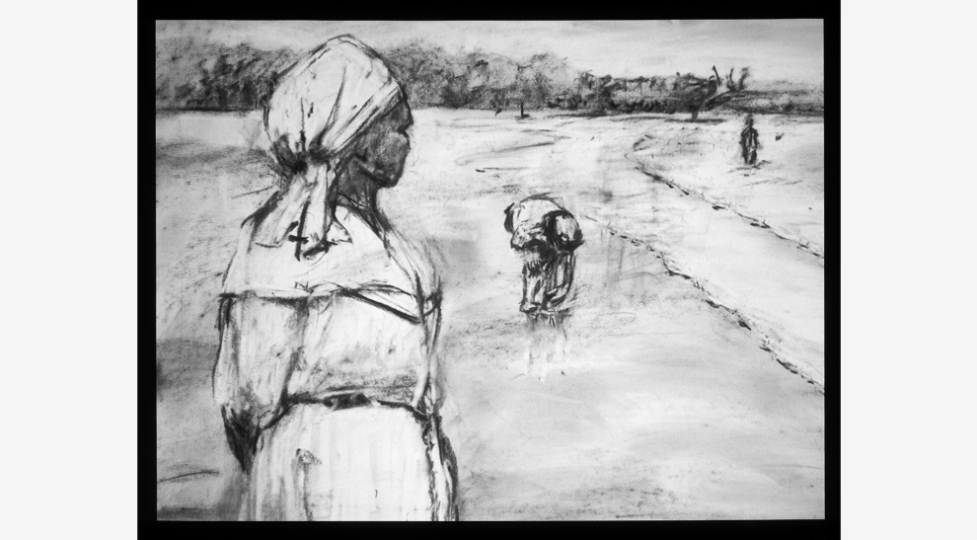 Between 1989 and 2003, artist William Kentridge created nine short animated films for a series called 9 Drawings for Projection, depicting various stages of life of a certain Soho Eckstein, a fictional South African capitalist, amidst his country’s volatile and shifting social and political realities. All of the films were handcrafted in Kentridge’s trademark style: he begins with a single drawing, then steadily alters it and meticulously photographs each change. Tide Table is the final installment of this series. In 2015, William Kentridge donated all of his time-based media works to the George Eastman Museum.

The Dryden Theatre is the premier exhibition venue for the art of cinema as championed and interpreted
by the George Eastman Museum.

In addition to its feature film screenings, the Dryden exhibits time-based media works during regular museum hours Tuesdays through Saturdays. The works are played on a loop, and the selection rotates every few months, expanding opportunities to engage with treasures in the museum’s collection.