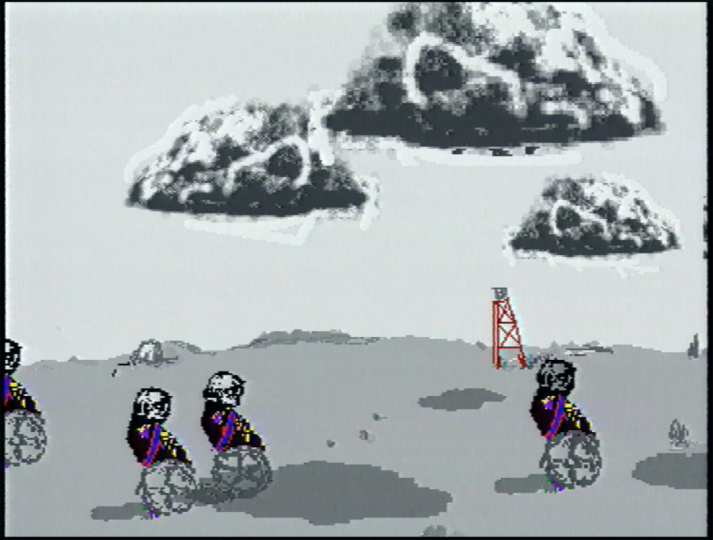 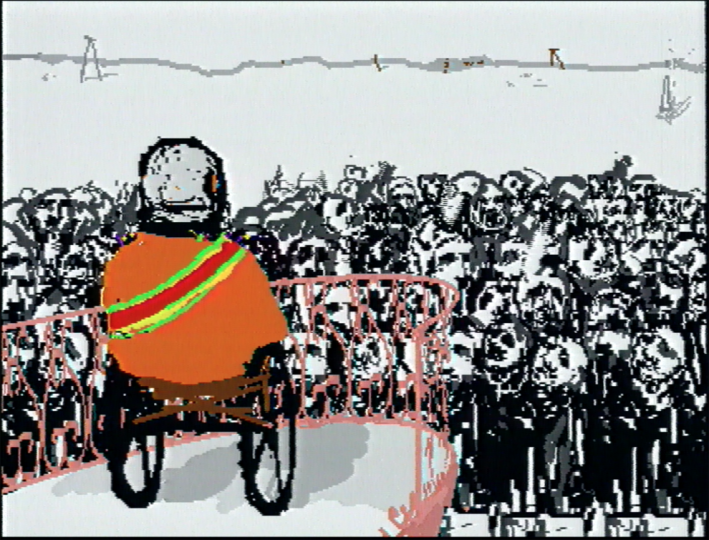 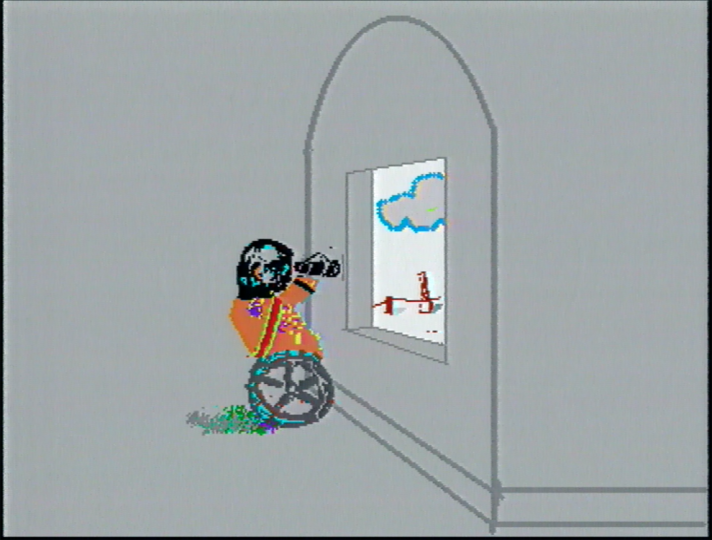 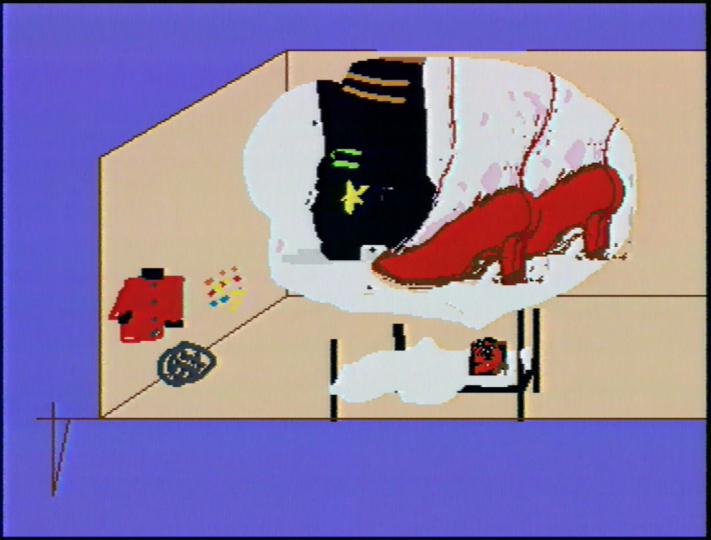 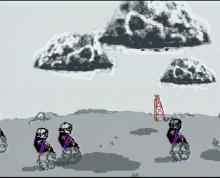 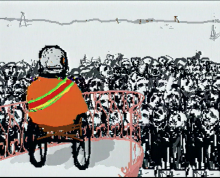 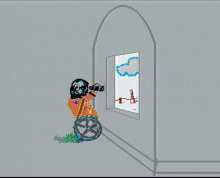 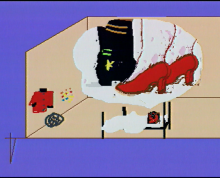 In 2015 and 2020, the George Eastman Museum received two major donations of moving image works from South African artist William Kentridge (b. 1955). Along with widely celebrated masterpieces, the collection contains a wealth of lesser-known material. This two-part program of short videos, screening on a loop in the Multipurpose Hall during museum hours, is full of wonderful surprises from Kentridge’s vast filmography.

The second part of the program features more Kentridge rarities and includes the recently preserved film Vetkoek/Fête Galante (16mm, 1985, 4 min.), which is a milestone as an early example of Kentridge’s signature style of erasure animation. This method, in which charcoal images are drawn and erased repeatedly, is something that Kentridge would develop much further into his own personal and instantly recognizable animation style.

The program culminates with Easing the Passing (of the Hours) (1992, Betacam SP, made in collaboration with Deborah Bell and Robert Hodgins), a computer animation that shows a day in the life of a fictional dictator named the General. Made during South Africa’s late apartheid period before the country’s first democratic elections, the video satirizes the daily routines of a brutal authoritarian despot.

Together, these two programs present rare opportunities for discovery of one of the world’s great contemporary artists.