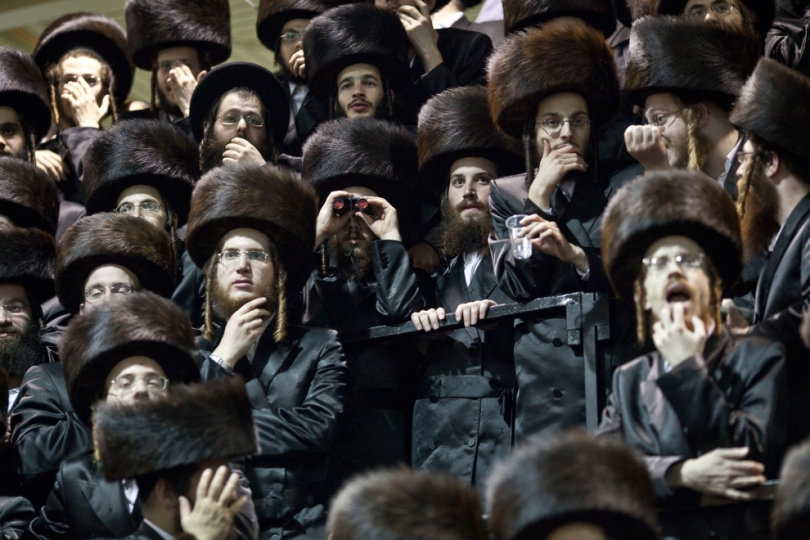 Photographs of Hasidic Communities in Israel by Pavel Wolberg

In 1999, photographer Pavel Wolberg stumbled upon a Hasidic wedding ceremony at an event hall in Israel, where he was living and working as a photojournalist. Stepping through the door, he felt himself transported to another world, one in which revelry and reverence played essential roles. He went on to photograph a number of Hasidic rituals and ceremonies over the next decade, producing vibrant images that suggest the complex dynamic between individual and group identity.

Pavel Wolberg was born in Russia and moved with his mother and grandmother to Israel when he was nine. Although not religious himself, Wolberg recalls that as a child he was fascinated by stories of demons and tales of moral consequence. Echoes of this affinity and his appreciation for the pageantry of everyday life are palpable in his work. Yet his photography is also informed by a profound understanding of light and its ability to structure perception. Together, the form and content of his work speak volumes about the significance of imagery in social life. Whether "image" is understood as public persona or pictorial construction—or both—it is a fundamental part of how people communicate with each other and with the world around them.

Wolberg's work is rich with this perception of imagery, as he documents his experiences with a community that is simultaneously strange and familiar to him. While his maternal grandfather was a Hasidic Jew, his encounters with that community came primarily from walking around his neighborhood and observing their ceremonies. Immersed in the community yet not a part of it, his work inhabits an intermediary space with room for reflection.

Presented by the Rubens Family Foundation​.