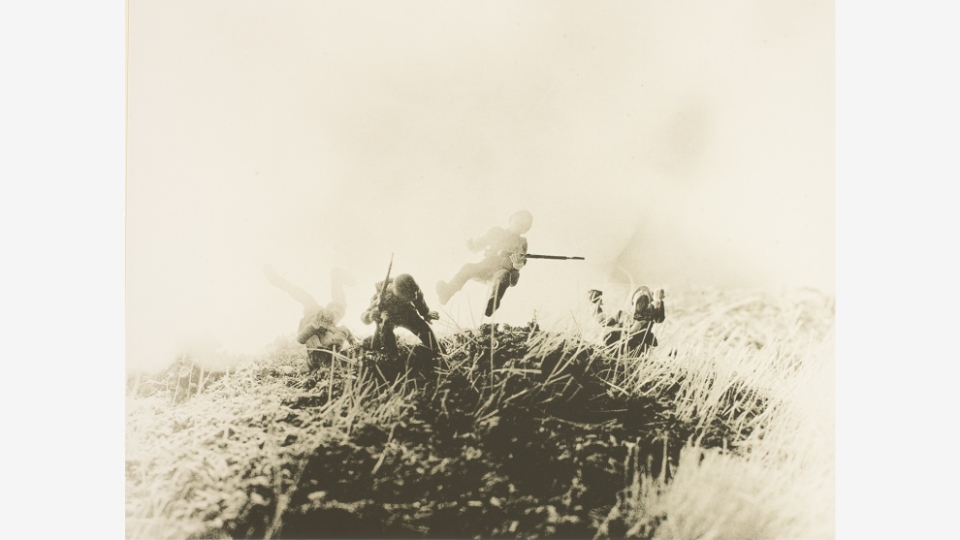 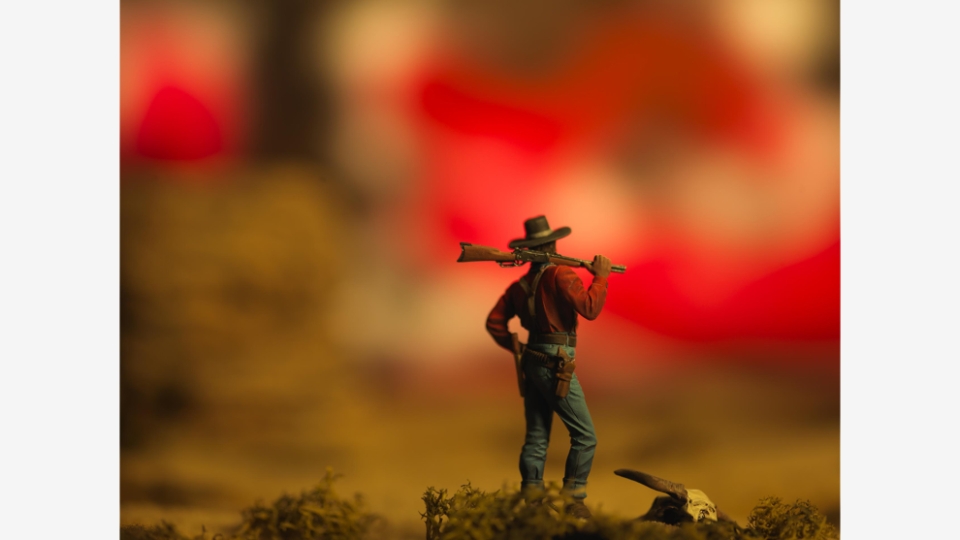 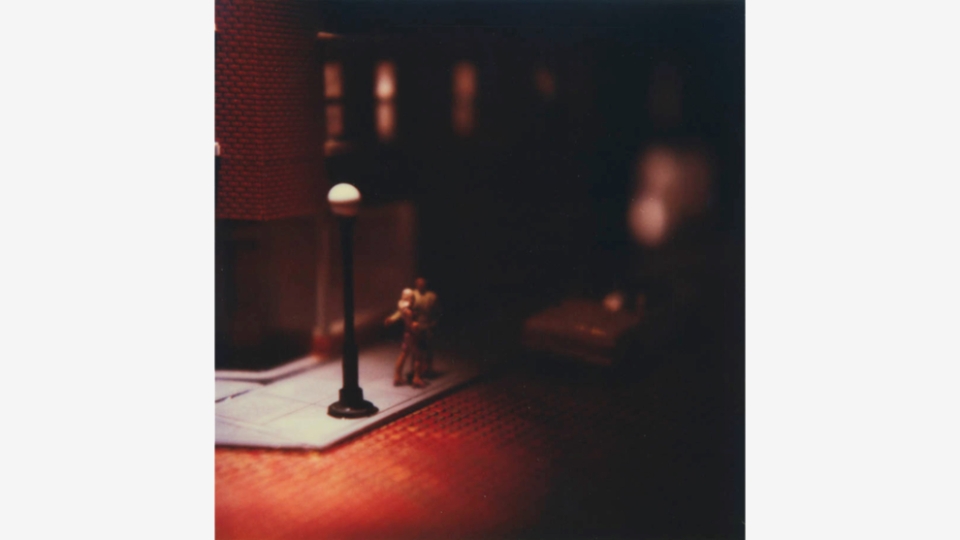 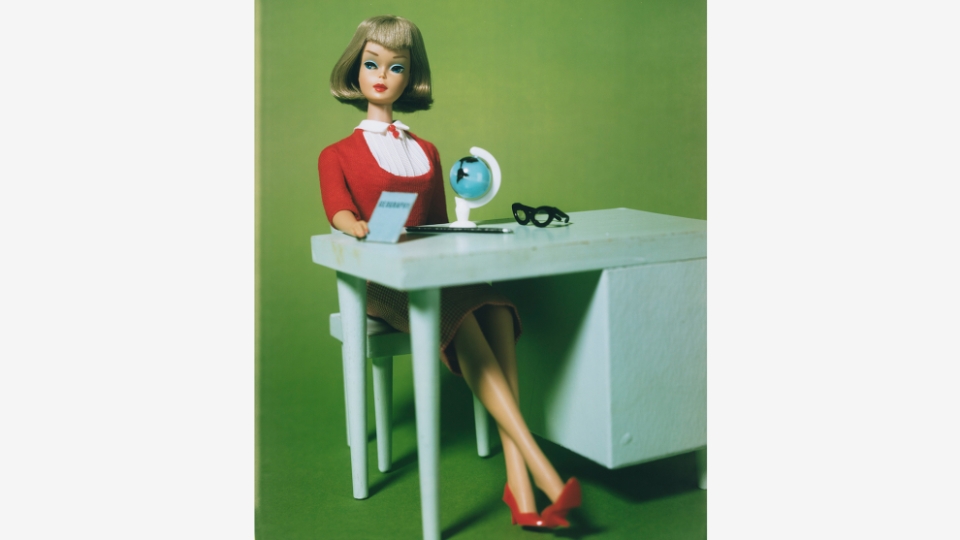 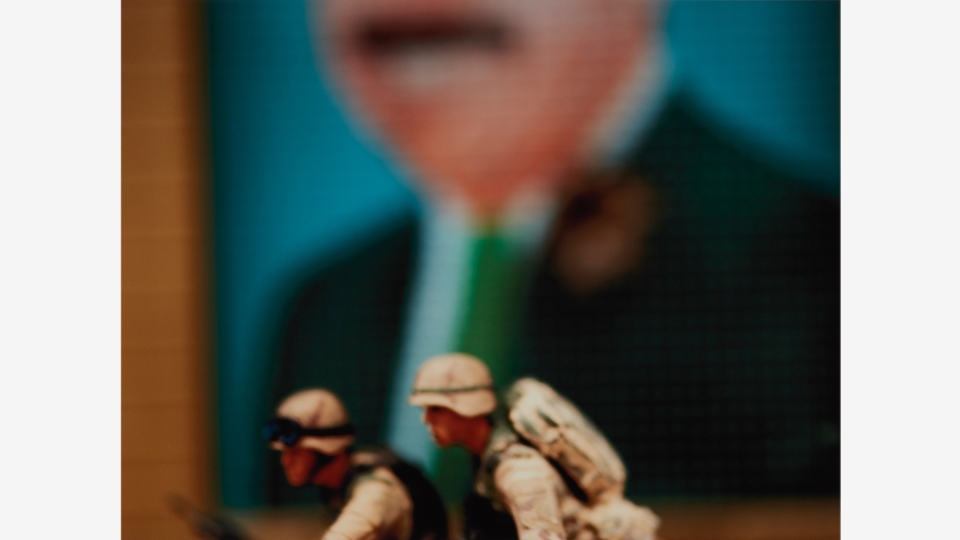 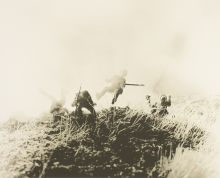 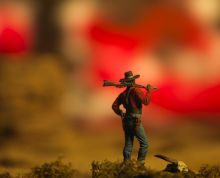 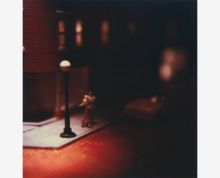 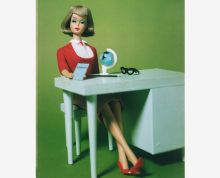 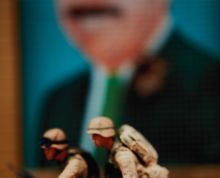 David Levinthal: War, Myth, Desire is the first museum retrospective of the artist’s work in more than twenty years. The exhibition will include nearly 200 prints, along with related books and ephemera, giving visitors a unique opportunity to consider Levinthal’s most recent work alongside key works from the full scope of his career.

Since the mid-1970s, David Levinthal has been exploring the relationship between photographic imagery and the fantasies, myths, events, and characters that shape contemporary America’s mental landscape. The exhibition will include photographs from all of his major series to date—the best-known of which include Hitler Moves East (1972–75), Modern Romance (1983–85), Wild West (1986–89), Desire (1991–92), Blackface (1995–98), Barbie (1997–98), Baseball (1998–2004), and History (2010–15)—in addition to never-before-exhibited outtakes, commissions, and archival materials.

Major support for the exhibition has been provided by the Henry Luce Foundation.

In this tour of this exhibition, you will hear a range of voices in podcast-style conversation, including not only artist David Levinthal and curator Lisa Hostetler, but also experts speaking on various exhibition themes, including:

The podcast was produced for the Eastman Museum by Today Then. Writing and narration by Eitan Freedenberg and Molly Tarbell. Audio engineering and sound design by Stephen Roessner. Find the Today Then podcast at todaythen.org.

Listen to the tour online at eastman.oncell.com or on SoundCloud.

Presents the most up-to-date, comprehensive scholarship on David Levinthal's work, with essays by Lisa Hostetler, curator in charge of the Department of Photography; Joanna Marsh, contemporary art specialist; and David Hickey, art critic. The volume is illustrated with examples from all of Levinthal’s major series to date.

Available on our online store.

Features a volume of the essays from the monograph, as well as three books of plates, one for each of the exhibition themes: War, introduced by Pulitzer Prize-winning cartoonist Gary Trudeau; Myth, introduced by David Levinthal; and Desire, introduced by essayist and novelist Roger Rosenblatt.

Coming August 2018 on our online store.

The George Eastman Museum thanks Donald Rosenfeld for his most generous support in the creation of this monumental book project.

War, Myth, Desire: Films That Inspired David Levinthal
Screenings Wednesday, July 4-Friday, August 31
In conjunction with his major retrospective on view in the museum’s main galleries, artist David Levinthal has curated this series of fifteen western, film noir, and war films that have inspired him throughout his career.

Out of the Past with Introduction by David Levinthal
Tuesday, July 24, 7:30 p.m.
In what is perhaps the definitive film noir, Robert Mitchum finds himself in an inescapable downward spiral after he meets up with his old flame (Jane Greer) and former employer (Kirk Douglas).

Exhibition Preview
Thursday, May 31, 6–8 p.m.
Exhibition curator Lisa Hostetler will give opening remarks in the Dryden Theatre at 6 p.m., and artist David Levinthal will be present. Cash bar and light refreshments. $15 general admission, $10 students, free for museum members. Reservations are required by calling (585) 327-4850 or [email protected].

Studio Photography for Teens with Flower City Arts Center
Monday, July 23–Friday, July 27
The Flower City Arts Center and the George Eastman Museum team up to bring you Studio Photography for Teens. Students will have the unique experience of meeting renowned photographer David Levinthal for an exclusive tour of his exhibition War, Myth, Desire at the Eastman Museum.

Curator's Gallery Talk
Saturday, August 18, 1 p.m.
Gain deeper insight into David Levinthal’s photographs and the themes of his exhibition War, Myth, Desire at a gallery talk led by Lisa Hostetler, curator in charge of the Department of Photography. Free to museum members; included with museum admission.

Gallery Talk: The Toys of Levinthal's War, Myth, Desire
Thursday, September 6, 6 p.m.
Christopher Bensch, vice president for collections and chief curator at the Strong National Museum of Play, will lead guests through the exhibition, and discuss the historic and cultural impact of the toys Levinthal uses in creating his photographs. Free to museum members; included with museum admission.

Focus 45: Recent Acquisition: The David Levinthal Photograph Collection
Saturday, September 15, 12 p.m.
What is the significance of the gift, and what is happening behind the scenes of the museum to make the material publicly accessible? Lisa Hostetler, curator in charge of the Department of Photography, will answer these questions and more in her talk. Free to museum members; included with museum admission.

Artist's Talk: David Levinthal
Thursday, November 1, 6 p.m.
In conjunction with his exhibition War, Myth, Desire, David Levinthal will discuss his prolific career as a photographer. The exhibition is the first museum retrospective of the artist's work in more than twenty years. Book signing to follow. Members Free; $6 nonmembers; $3 students with ID.

Curator's Gallery Talk
Friday, December 14, 1 p.m.
Gain deeper insight into David Levinthal’s photographs and the themes of his exhibition War, Myth, Desire at a gallery talk led by Lisa Hostetler, curator in charge of the Department of Photography. Free to museum members; included with museum admission.