Technicolor had to maintain high standards through all stages of production and printing in order to offer a consistent and quality product. In addition to cameras, cameramen, and on-set technicians, the “Technicolor package” included a color consultant to advise on appropriate colors for makeup, costumes, and set design. This “Color Advisory Service,” as it was initially known, was founded in the late 1920s by Natalie Kalmus, Herbert Kalmus's former wife. The consultants applied her theory of Color Consciousness, incorporating psychological motivation and “color harmony” to enhance composition, character, and emotion. Informed by her training in the arts, Kalmus asserted that the design and colors of sets, costumes, and furnishings must be planned and selected just as an artist would choose colors and apply them in a painting. From 1935 until her departure from the company in 1948, Natalie Kalmus's name appeared as color consultant in the credits for nearly all Technicolor films. 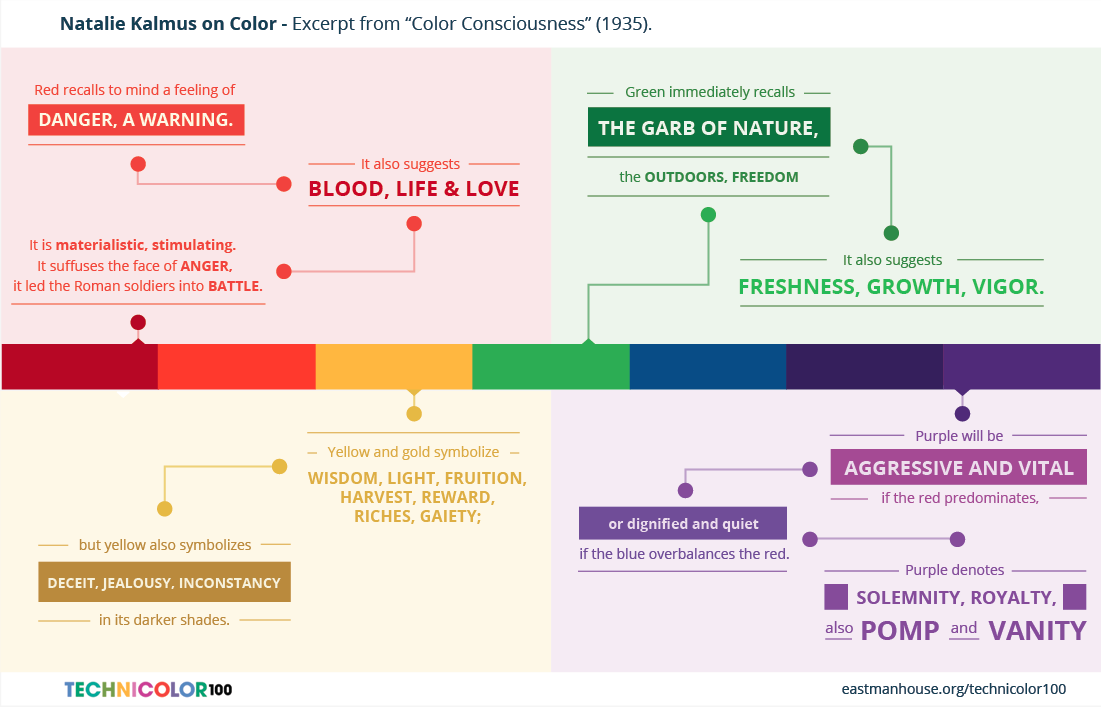