Technicolor’s technical excellence was not confined to its laboratories. The company’s sophisticated proprietary cameras required a dedicated team to maintain and operate them. With black and white, a studio could use its own cameras and cameramen and process the film at a laboratory of its choosing. A contract with Technicolor, on the other hand, mandated that the studio purchase a full package, hiring the camera and camera crew from Technicolor as well as working with the company’s color consultants. The Technicolor process was so complicated that its cameramen were trained more as technicians than creative photographers. But a few Technicolor cameramen, such as Ray Rennahan and Jack Cardiff, mastered their art. They collaborated closely with some of the most talented filmmakers and gained critical recognition along the way. 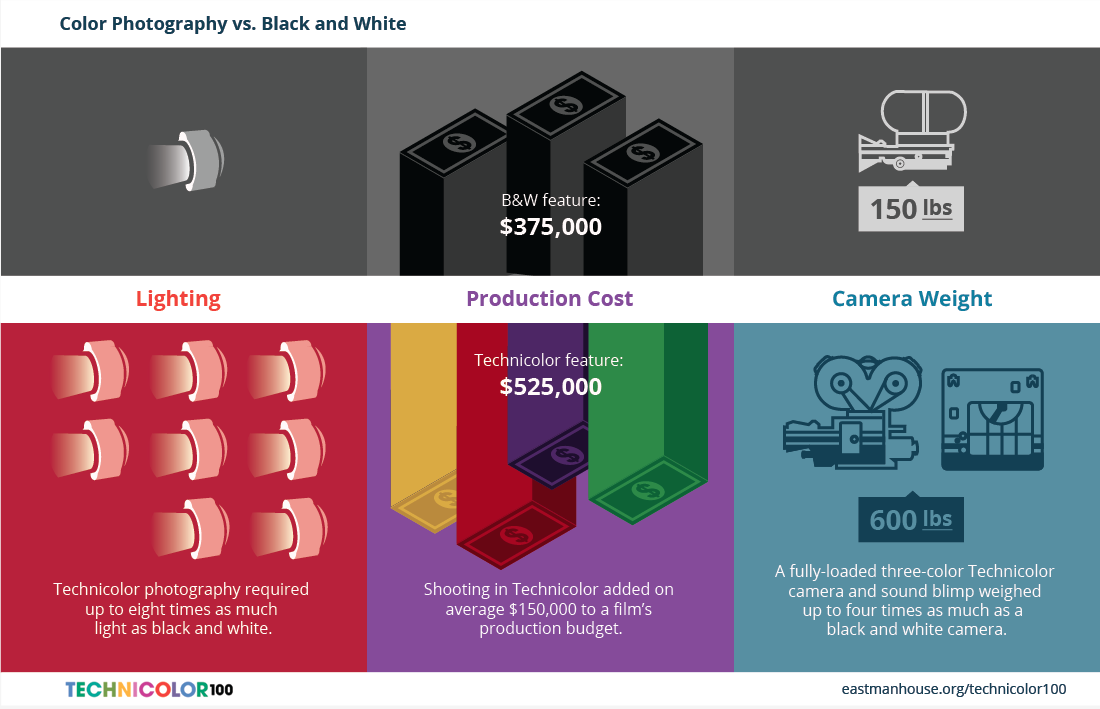