Herbert T. Kalmus was president and co-founder of the Technicolor Motion Picture Corporation. As the company's business leader, Kalmus used his talent for courting investors and negotiating contracts to firmly position Technicolor as a vital part of the film industry. Although Kalmus is often credited with the invention of the Technicolor process, co-founders Daniel Comstock and Burton Wescott actually served as the primary inventors in the early days. Kalmus oversaw Technicolor's operation for more than forty years, through numerous technical challenges and reversals of fortune, from the company's infancy to its multimillion-dollar successes. His personal life during this time was widely publicized, with his divorce from and legal battle with his first wife, Natalie Kalmus, making national headlines. Kalmus retired in 1960 and dedicated his final years to writing his autobiography. 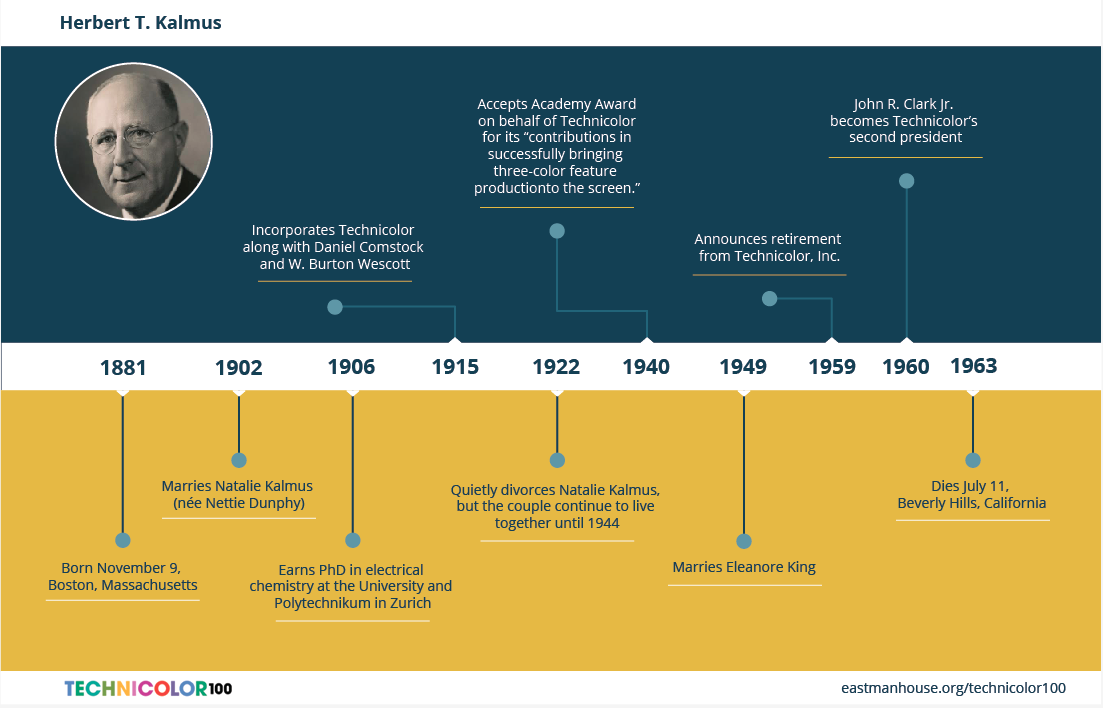