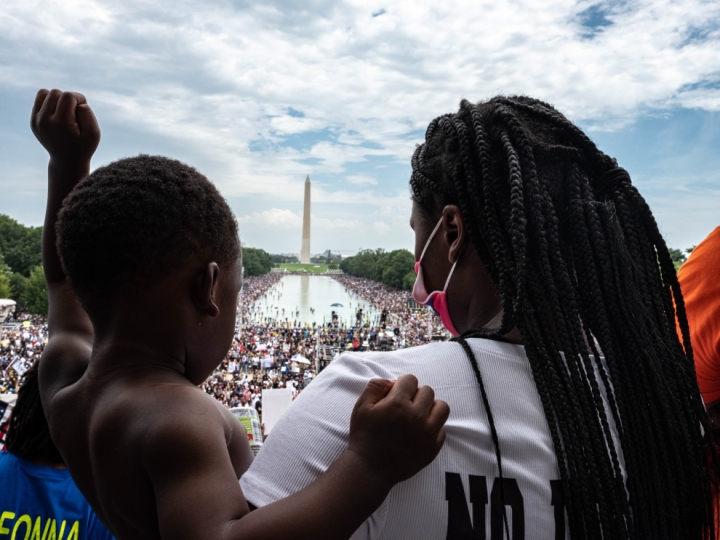 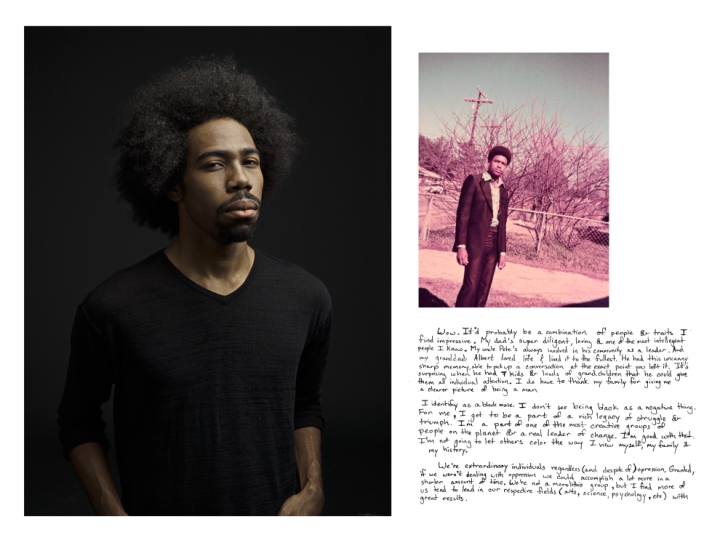 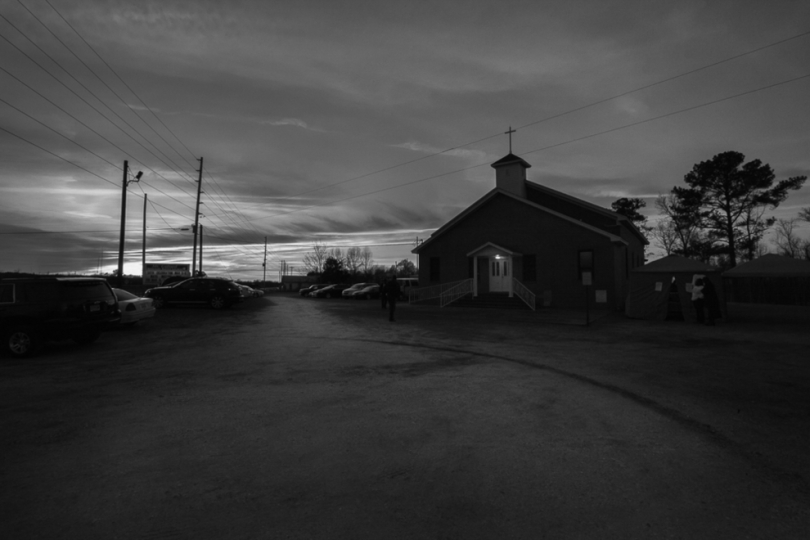 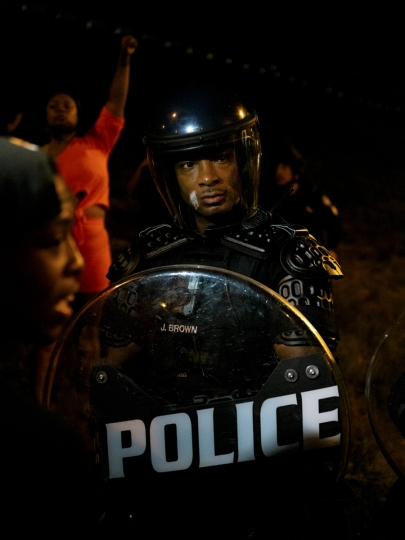 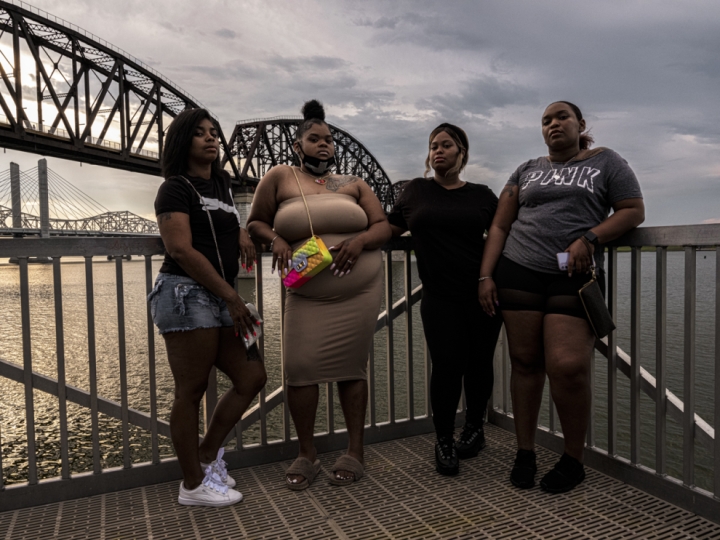 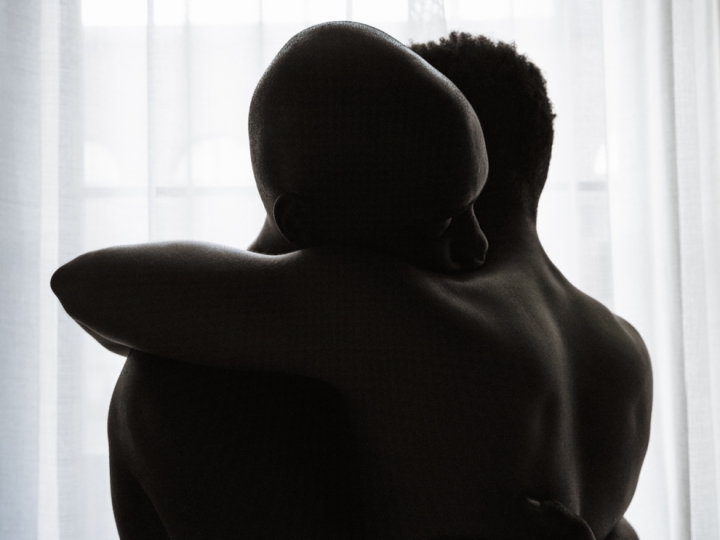 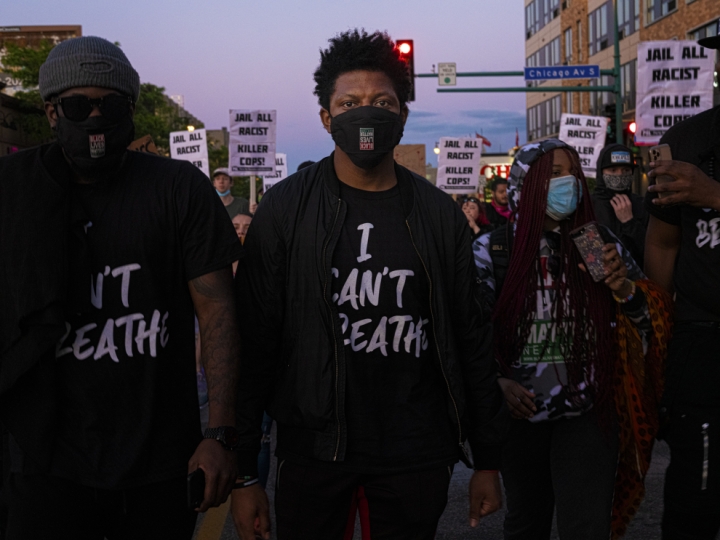 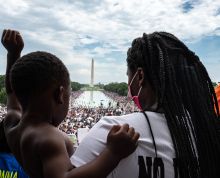 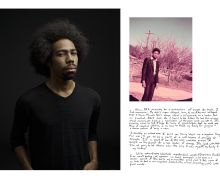 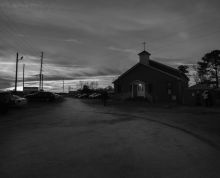 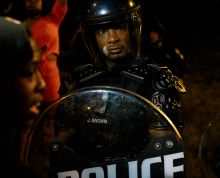 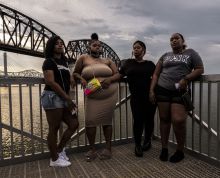 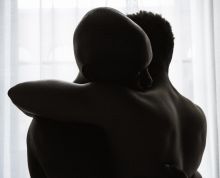 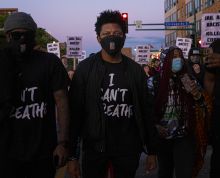 Artist Joshua Rashaad McFadden (American, b. 1990) uses photography to engage some of the most challenging subject matter of our time. Working across genres—social documentary, reportage, portraiture, book arts, and fine arts—he critically examines race, masculinity, sexuality, and gender in the United States. His work reveals the destructive impact of these constructs on Black Americans. Looking to the idea of “being-ness,” he considers the contemporary condition of Black life while referencing US history as a means to rediscover and define the Black self. Joshua Rashaad McFadden: I Believe I'll Run On is an early-career survey of the artist's work. The exhibition focuses on seven series: Selfhood (2016) uses conventions of Western art historical portraiture to exalt young Black men in their everyday glory, which is at once splendid and subdued. Come to Selfhood (2015–16) and Evidence (2017–20) offer a vulnerable take on Black masculinity in the form of handwritten letters and photographs of Black sons and fathers. Unrest in America (2020–21) features impactful photographs devoted to the Black Lives Matter protests in 2020, including solemn yet tender portraits and images of makeshift memorials for those murdered by police. After Selma (2015) documents the pensive expressions of demonstrators standing still in the wake of a commemorative march. A Lynching's Long Shadow (2018) meditates on the connection between the wooded outdoors and the gruesome histories of lynching. Finally, premiering at the George Eastman Museum, the autobiographical series Love Without Justice (2018–21) contains poetic snapshots of McFadden’s family, domestic scenes, sweeping landscapes, and the artist’s nude body.

In the end, I Believe I’ll Run On chronicles the intimacies of Black life in the United States as McFadden's practice asserts the humanity of Black Americans.

Dr. Jared C. B. Richardson was contributing curator of this exhibition.

Hear from the Artist

Joshua Rashaad McFadden introduces I Believe I'll Run On in this video.

Published in conjunction with his first solo museum exhibition, Joshua Rashaad McFadden: I Believe I’ll Run On demonstrates his mastery of a wide range of photographic genres—social documentary, reportage, portraiture, and fine art—and his use of the medium to confront racism and anti-Black violence. Along with a candid conversation between McFadden and artist Lyle Ashton Harris and an essay that traces McFadden’s meteoric career, this catalogue offers an overview of and insight into a poignant and deeply personal body of work, asserting McFadden’s key role in shaping the art and visual culture of the United States.

We asked individuals with a deep knowledge of the themes presented in I Believe I'll Run On to provide open‐ended questions to help us not only to explore McFadden’s work, but also to delve into our own preconceptions, memories, and feelings about the topics.

As you view the exhibition online or in-person, consider the questions and prompts on the back of this card. What other questions arise for you?

I Believe I'll Run On Playlist

Enjoy this playlist created by the artist to pair with the exhibition.

Note: Some tracks have explicit lyrics.

Programming related to this exhibition is generously supported by the Lipson Visiting Artist Fund.